A mother has defended taking her children hunting, saying it teaches youngsters respect for animals – and keeps them off their mobile phones.

Though the pair, who work together for Oklahoma’s wildlife department in the USA, admit they understand hunting is a controversial topic, they insist it doesn’t do the kids any harm.

Heather, married to Juan, 35, who doesn’t hunt, said: ‘Some of my most memorable times with the kids are when we’re out hunting together. They don’t bring their phones, so we can properly talk, laugh and connect.

‘I’ve had people tell me they can’t believe I take my children hunting. I respect their opinion, but ask they respect mine too, and don’t knock something they haven’t tried.

‘Hunting gets children out there amongst nature, and teaches them respect for animals. They’re fascinated by the biology of it all too. ‘They help clean the animals, and I show them the heart and talk them through all the different chambers.’ 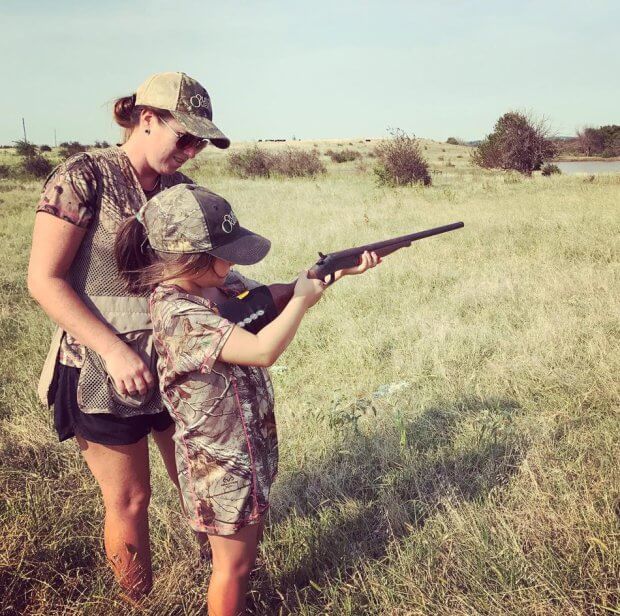 Amanda, who is single, added: ‘It also teaches patience, and that hard work pays off, because we don’t always catch anything. ‘We don’t ever pressure the children to do anything they don’t want to do.

If they decide they’d rather not shoot a gun or something, we won’t make them. We don’t want them to be scared.’ For Amanda, hunting has always been a huge part of her life, having taken up the hobby alongside her dad Gary Thomas, 57, as a youngster when she was around two or three years old. In her teens, she lost interest slightly, preferring to focus instead on “boyfriends and basketball.’

But then, after making her first kill – a buck – when she was 17, she said she ‘fell back in love with it.’ Now, she has also taken up dove, turkey and duck hunting, and even gotten two dogs, Labrador Jase and English Pointer Dax, which she spent months training to help her.

‘When it’s deer, duck and quail season all at the same time, it’s a hard choice,’ she explained, adding that, once she kills duck using a shotgun, she cleans the carcasses and uses their meat to whip up a batch of family recipe jerky.

‘I don’t always catch things. I can go a whole day without getting anything at all, but if there’s something out there, I’m out there too.’ Heather, on the other hand, didn’t get into hunting until around three years ago, after hearing her colleagues talking about.

She asked them if she could come along to see what it was all about and was instantly hooked. In time, she brought her children along with her, starting with Papi when he was eight years old, and now, the family trek out into the wilderness together most weekends.

‘The kids also play lots of sports, so we go as much as our schedules allow. My husband Juan doesn’t really get it. He’d rather be home watching sports,’ said Heather. ‘The children love it though.

They haven’t shot doves yet, they prefer to run out and catch them, but they’ve caught loads of turkeys, deer and fish. 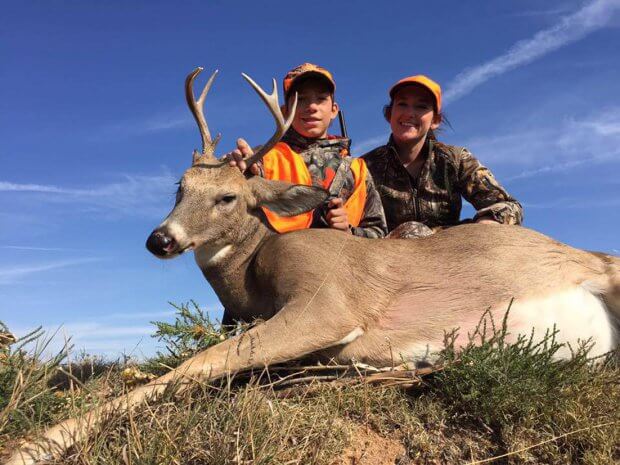 ‘When we do kill something, we don’t just leave it there. We’ll clean it and take it for meat so it isn’t wasted.’ Amanda added that, when the children do come out on a hunt, safety is absolutely paramount.

She explained that they don’t take more than a couple of children out at one time, so they can keep a proper eye on everyone. The youngsters must also have gun safety qualifications before they can join in.

‘We beat it into their brain to always be aware of their surroundings – safety, safety, safety,’ she said. Heather added: ‘It’s not a video game. These are real-life guns.’

Amanda and Heather, who post with their kill and upload photos to social media, also told of how they’ve faced criticism not only for the fact that they hunt, but that they’re female hunters too.

Heather told of how hunting is typically ‘a man’s world,’ adding that the pair are not always taken seriously.