A VILE fraudster who used stolen Instagram baby pics for a sick scam is banned from social media today.

Kati Ringer, 21, copied images of two mums’ children, pretended they were hers and said they were dead or ill in a twisted bid to get money.

She was caught after a probe by West Midlands Police and Leicestershire Police traced her IP address to a computer at her mum’s house in Norwich.

Jane Walker, prosecuting, said: “The defendant copied these images and re-posted them on her Instagram saying they were her child, the child had died and trying to get money.”

She said when challenged by the first victim, Ringer “became threatening towards her and made threats to rape and harm the child”.

The court heard the sick con artist sent the worried mum a “laughing face” emoji on Instagram, before messaging her to say: “I’ve already posted pictures saying she’s dead, I’ve got £600 so far”.

Ms Walker told the court: “She said the victim was a s*** mother, she hoped the little c*** died in its sleep.

“When the victim said she must be jealous, she said ‘jealous of a disgusting little runt that should have been drowned at birth’.”

She also revealed she knew the name of the victim’s partner and altered a picture of the baby to include a penis pointing towards the baby.

Ms Walker said: “She said she had taken the victim’s photographs, she didn’t think there was anything she could do, the police wouldn’t touch her and she had two Facebook accounts – her spying one and one with all the pictures.” 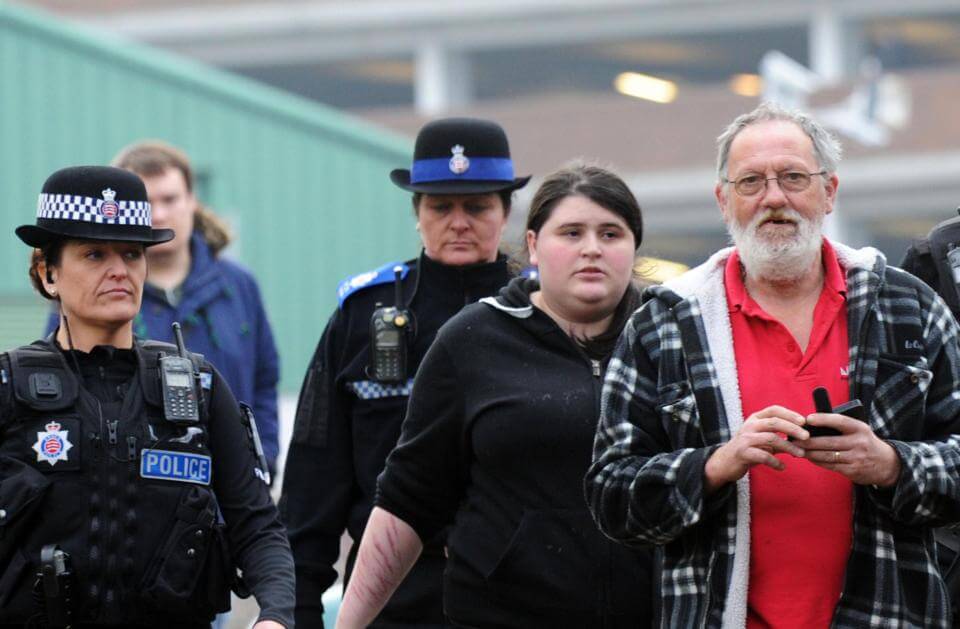 Ringer targeted the second victim by using images of her prematurely born daughter.

The prosecutor said: “The victim challenged the suspect and asked she stop using the images.

“It was then that she said she would find out where the victim lived and kidnap and rape her daughter.

“She was using the picture of the victim’s baby reporting to people that the baby was premature, that she was seriously ill, struggling to pay for her treatment and funeral.”

Ian Fisher, mitigating, said Ringer pleaded guilty at the earliest opportunity and a number of events in her life had contributed to her “lacking any ability to empathise”.

He said of the offences: “They are made possible by the advent of quite complex social media forms on the internet, and the defendant set about something that no normal, decent human being would do.”

The fraudster, of Soleme Road, Norwich, admitted at an earlier hearing to two malicious communications offences relating to March and April this year.

She was sentenced to a two-year criminal behaviour order which bans her from using any social media accounts.

Ringer was also barred from passing other people’s pics off as her own or asking any third party for a donation unless as a legitimate volunteer for a registered charity.

But she dodged jail, escaping with a suspended jail term of 30 weeks, suspended for two years, and a £225 bill for court costs.

Ringer, who had her black hair in a ponytail and wore a long black cardigan and cream top, showed no reaction as she was sentenced