Hundreds fled screaming in panic as armed police raced to the busy tourist spot in South Kensington where the bashed up black Toyota could be seen on the side of the road.

The car crashed into a sign before colliding with a crowd of “at least 10 people”.

Dramatic pictures showed a man covered in blood held to the ground.

Officers say they have detained a man and are working to establish a motive after they were called to reports of a collision in Exhibition Road at 2.21pm today.

According to the Guardian, a spokesperson said: “It is not being treated as a terrorist incident at this stage while we establish what has happened.” 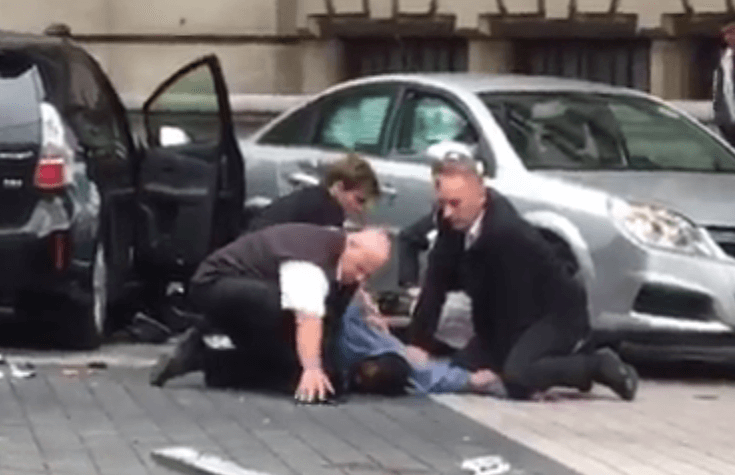 Witnesses have described seeing the the injured being taken away by ambulances as the emergency services swarmed the scene.

Nearby museums have been evacuated while the roads remain closed and the London Underground has closed between Embankment and South Kensington.

Witness James Foster tweeted: “Just been locked in a cafe near South Kensington tube. Crazy. But better to be safe. Really hope nobody is seriously hurt.”

Downing St confirmed Theresa May is being informed of the incident and is being kept up to date.