Everyone is obsessed with vintage clothing and hobbies these days, especially from the 60s. Back then kids played outside and didn’t have computers or mobile phones to keep them entertained.

What most people don’t realise is that their parents were the ones that started off certain trends that we now love. From skateboarding to riding around in a set of wheels, a lot of these pastimes are still very popular today.

1: Mom skateboarding in California in 1974 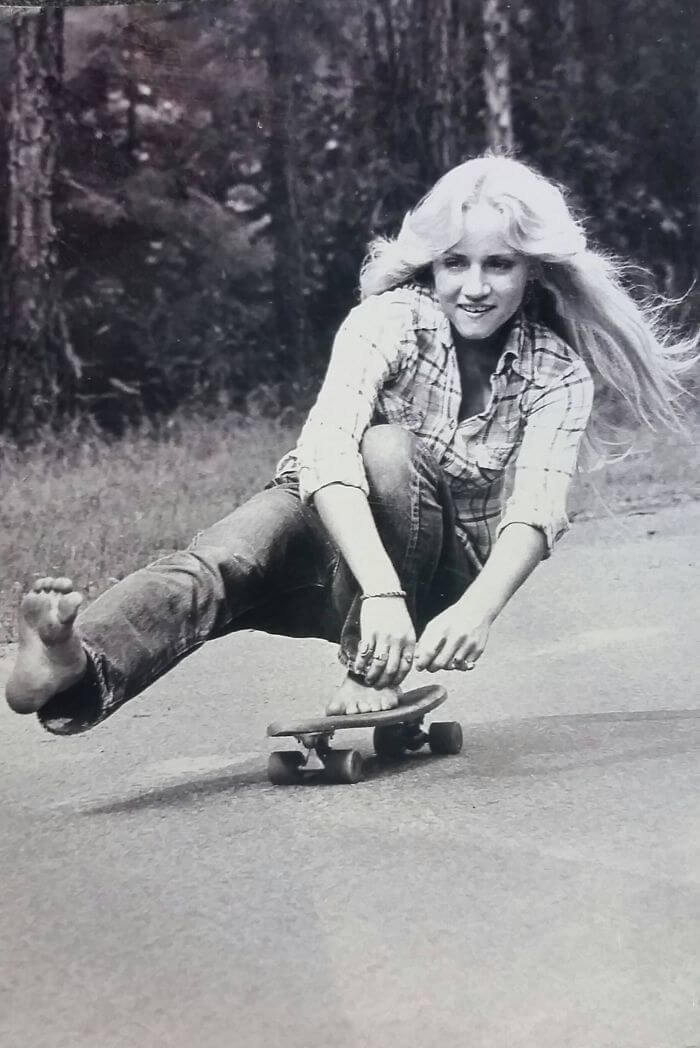 2: Dad cooking a BBQ on top of a submarine

6: Dad’s friend sticking his middle finger up at a KKK member in 1975

9: Picture of Dad that appeared in surfer magazine in Peru, 1977

12: Dad aged 11 with his own car bought from money earned from farming around 1949

18: Mom posing with her husky pup in Alaska

25: Mom skateboarding with a broken wrist during the 70’s

28: Mom beating a group of boys in a pie eating contest around 1950

29: Dad posing in France during the 70’s (Ryan Gosling lookalike!)

31: Mom and Dad getting romantic in Greece during the summer of 1985

32: Acrobatic dad and his cousins

34: Dad training seals for the navy