Police officers have been photographed enjoying dodgem car thrills at a fairground where they were on the beat.

At least 18 officers from Humberside Police – whose employees have reportedly complained about under-resourcing in the past – were said to have ridden the cars at Hull Fair in full uniform.

Inspector Scott Snowden tweeted pictures of many of the officers in the dodgems with smiles across their faces as they rammed into each other.

“Cops having a bit of well earned fun with people at the fair!” he wrote.

“He enjoyed that more than the others!” 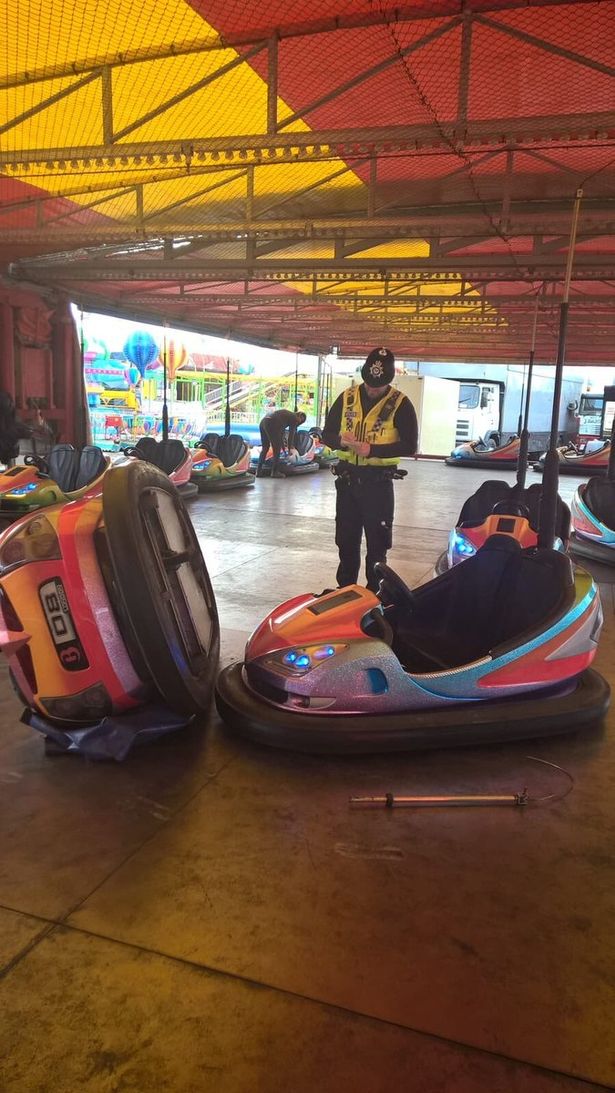 The officer looked to be attending the scene of a dodgem crash (Image: Insp Scott Snowden) 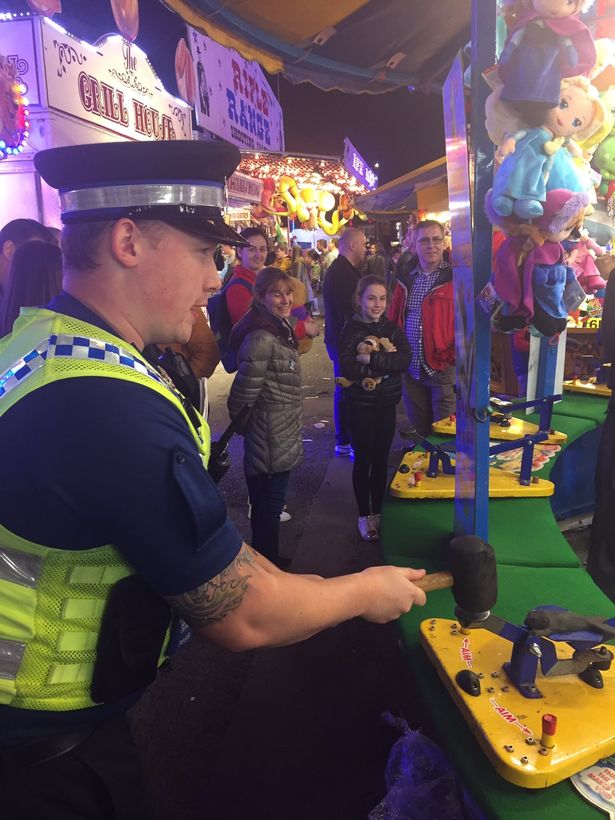 Another officer took time to enjoy himself on other attractions at the fair (Image: Insp Scott Snowden)

Alongside a picture of a dodgem rolled on to its die, he wrote: “Police attend a two vehicle accident and are appealing for witnesses.”

Ch Supt Downs tweeted the pic of himself, saying: “Apparently I look to (sic) competitive, but I might as well have put a target on my back.

“Fantastic afternoon at the fair.”

Forty officers were said to be on the beat each day of the fair but made only four arrests for minor drunkenness.

However, police reportedly defended the dodgem play time, insisting the “break to have some fun” only lasted five minutes.

It was reported last night that the force took 47 minutes on average to respond to an emergency. 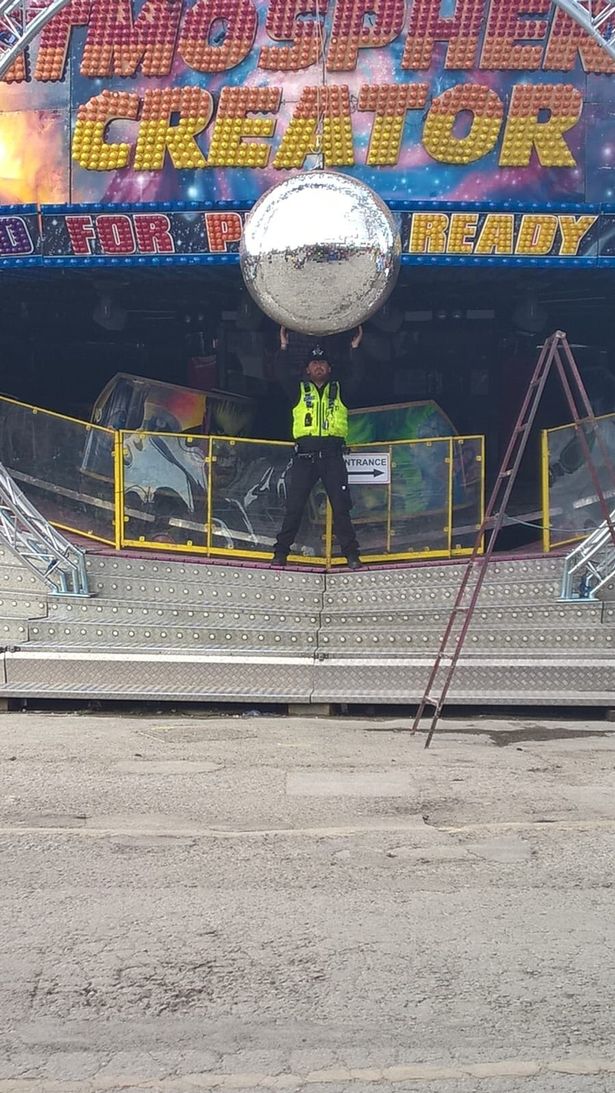 An officer pictured on Twitter posing for a photo at the fair (Image: Insp Scott Snowden) 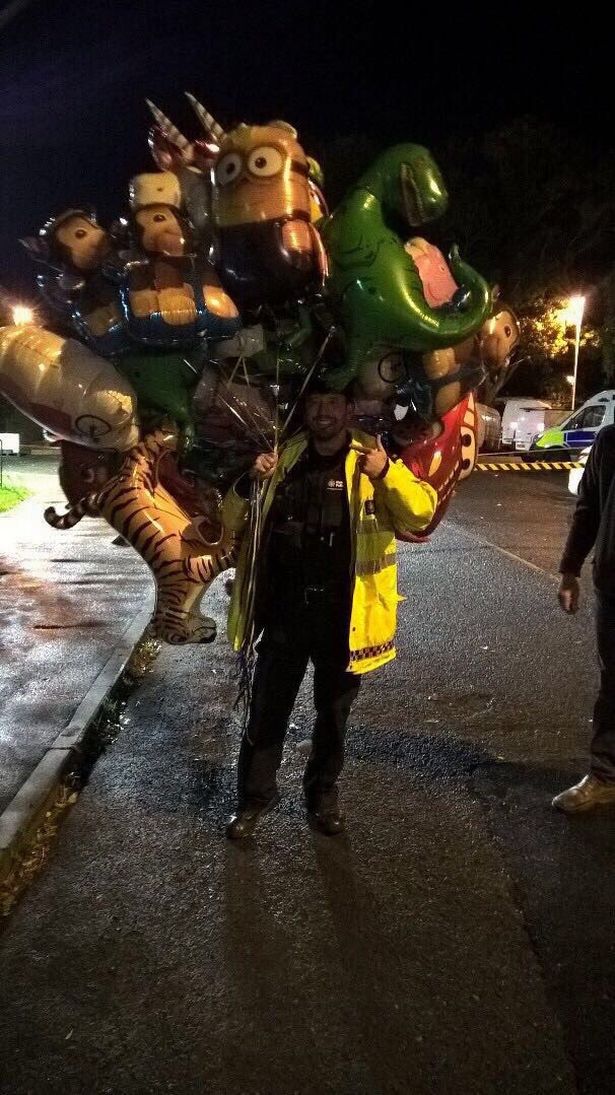 And some Twitter users were said to have reacted negatively to the play time.

One of about 30 visitors – who were left dangling for more than seven hours the day before at the fair when a ride broke down -slammed the cops.

Laura Blackett told The Sun : “It took hours before any police turned up.

“I thought if they weren’t there they were off doing other important things — not riding dodgems.”

Deputy Chief Constable Andy McDyer told the newspaper of the dodgem riders: “Officers policing the event took a five-minute break to have some fun.”