A man has died and two others have been injured in a knife attack this evening outside Parsons Green Tube station.

The attack happened at shortly after 7.35pm towards the end of the usual rush hour commute at the West London station.

It is not believed that the stabbing incident was terror-related, but a murder inquiry is underway, a Met Police spokesperson told The Sun Online.

The victims – all male – were treated by London Ambulance Service where one of them, believed to be age 20, was pronounced dead at the scene.

The two others were rushed to hospital – their condition remains unclear.

Eyewitnesses saw the victims being given CPR on the pavement.

One woman wrote on Twitter: “Came out of Parsons Green Tube Station 30 mins ago to the aftermath of a stabbing. 3 bodies receiving CPR. Station now shut and road closed.” 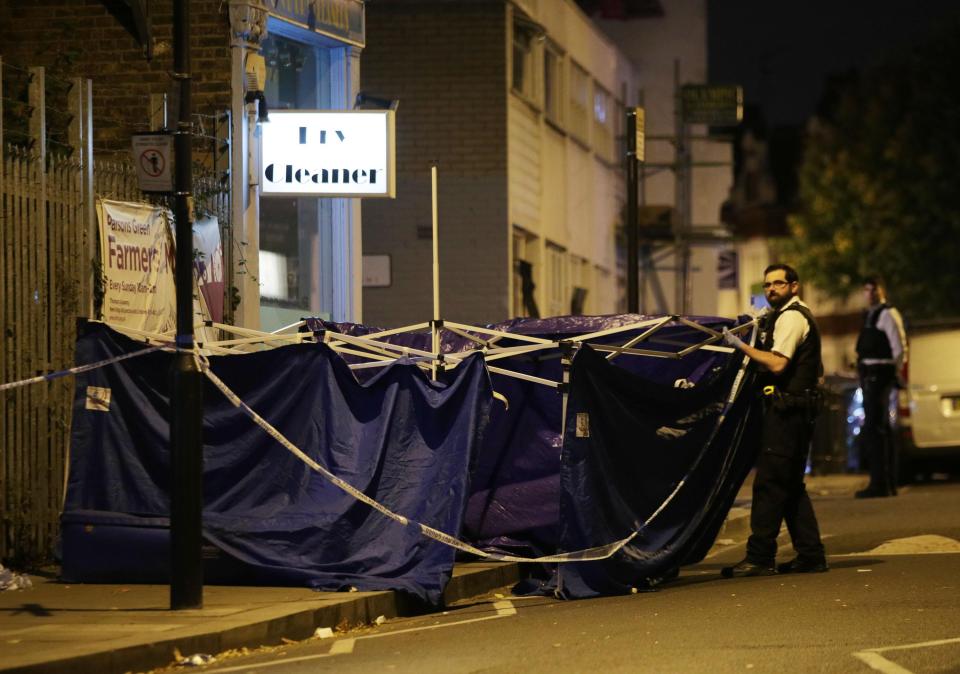 Parsons Green Lane and the tube station have been closed by police and cordons are in place.

A spokesperson for the Met Police told The Sun Online: “Officers are responding to an incident at Parsons Green where a number of males have suffered stab injuries.

“Police were called at 7.37pm on Monday, 16 October to reports of a stabbing outside Parsons Green Tube Station.”

A London Ambulance Service spokeswoman said: “We sent two ambulance crews, a first responder in a car and an incident response officer to the scene. A team from London’s Air Ambulance was also dispatched to the scene by car.

“We treated three patients at the scene. We have taken two patients to hospital as a priority. Sadly one patient died at the scene.”

No arrests have yet been made.

The stabbing comes just a month after an explosion ripped through a District Line train at Parsons Green station injuring 30 people in a terror attack.