These images reveal the shocking scene where a man was shot dead outside a family home – as police continue to quiz a 14-year-old boy on suspicion of murder.

Forensic teams continue to comb the scene at the semi-detached house in the quiet Lancashire village of Oswaldtwistle.

Police said they were called to reports a man had been shot on Barnard Close at 8.25pm on Wednesday evening.

They found a man aged 32 who had suffered a single gunshot wound to the chest.

He was taken to Royal Blackburn Hospital where he died a short time later.

Chilling pictures show blood left on the pavement where paramedics battled to save the man’s life. 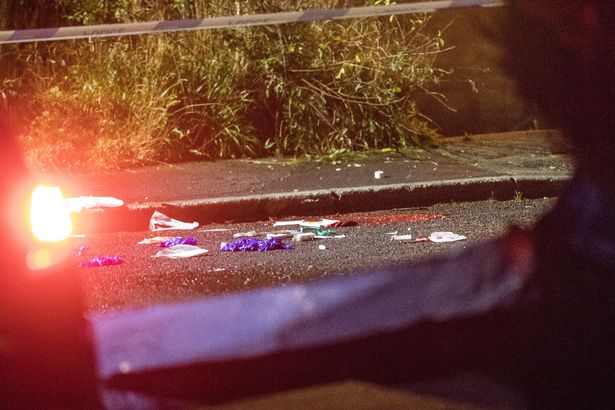 A blue forensic tent appears to cover the spot where the alleged murder took place.

Police arrested a 14-year-old boy, off school during the half-term holiday, who remains in custody.

Detective Inspector Pete Danby from Blackburn Police said: “Firstly my thoughts are with the man’s family at this incredibly sad and difficult time.

“They are being supported by specially trained officers.” 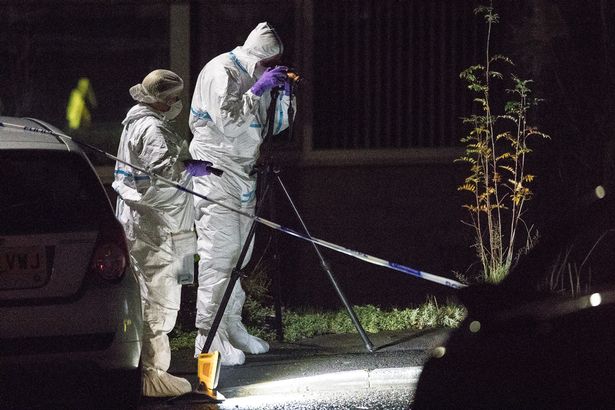 “We are in the very early stages of our investigation and have a number of officers on with enquiries.

“We think this was an isolated incident and believe there is no wider threat to local residents however, we have stepped up patrols in the area to offer some reassurance to the community.”

“If you have any information that you think could assist us with our investigation, please contact us immediately.”

Police said the 14 year old boy detained is from Accrington and is currently in police custody.

Alternatively independent charity Crimestoppers can be reached anonymously on 0800 555111 or online atcrimestoppers-uk.org.