A WOMAN abandoned two starving kids in a freezing house to romp with a convicted sex fiend.

Debbie Clelland, 45, was meant to be looking after the boys aged 11 and 15 when she left to hook up with warped ex-con Robin Schreiber, 46.

The two starving kids posted an online plea, begging their dad to come and help them after Clelland left them for trysts with Schreiber.

Yet just weeks later Clelland, 45, again ditched the youngsters she was meant to be looking after on one of the coldest days of the year when temperatures plunged as low as -7°C.

Their father found them shivering in a freezing house with no cash to feed the meter or buy grub.

That resulted in Clelland, of West Lothian, being dragged before a court, where she admitted a neglect charge.

When she returned for sentencing she was given a 40-week curfew, and furious telling-off, by Sheriff John MacRitchie.

He told Clelland: “You have pleaded guilty to a serious charge of neglecting these children by abandoning them with no food to eat and no money for the electricity meter to pay for heating.

“I find it gut-wrenching that you left them alone without the means to look after themselves to go and have sex with a sex offender. 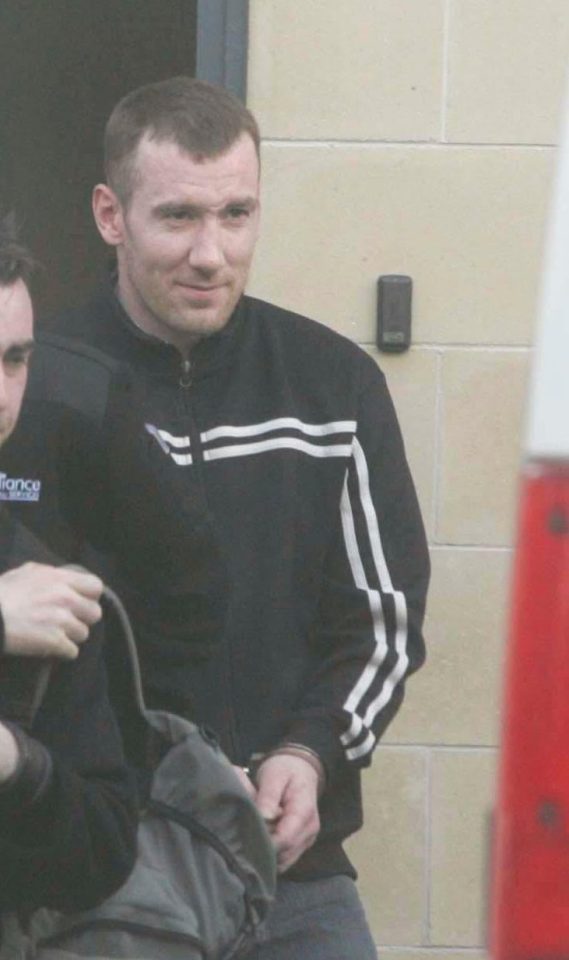 The beast is banned from contact with under 16s

“I don’t apologise for my words — I find it stomach-churning you could do such a thing.”

Livingston Sheriff Court was told Clelland left the boys with “limited food” for more than a day on the first occasion.

Prosecutor Rebecca Swansey said the starving 11-year-old then contacted his dad via Facebook.

She said: “He attended immediately. He found there was no fresh food in the fridge.”

On January 23, Clelland told the lads she was leaving the house for “an unknown period” of time.

Their dad, who we can’t name, said: “All they had to eat was cereal and leftover McDonalds. They were wrapped up with jackets and scarves as they were so cold. The electricity meter was at 50p and about to turn off.”

Of Clelland, he added: “She doesn’t care about anyone but herself and has destroyed her life by going with this beast.”

Vile Schreiber, 46, is banned from having contact with any under-16s.

He was jailed for four years in 2010 for supplying date-rape drug GHB to friends — including teenage girls — at parties.

The fiend admitted lewd and libidinous behaviour after a vid found in his then home in Livingston showed him having sex with a woman in front of an 18-month-old boy.

In 2013 he breached a sex offences prevention order by not telling cops and social workers he’d slept with Clelland.

Last night Tory MSP Michelle Ballantyne said: “No one can’t feel revulsion that this woman would neglect children so dreadfully to prioritise a relationship with a convicted sex offender.

“Being a carer means putting kids’ welfare and protection first.”