A man who went fishing in a Canadian River was shocked to discover the Northern Pike he had caught was actually growing around a plastic drinks ring. After successfully bringing the fish to shore he snapped a photo so he could share it via social media in an effort to stop people from littering.

The fish was caught in the Saskatchewan River in Alberta, Canada on Saturday by Adam Turnbull who cut the wrapper off the pike and set it free again. 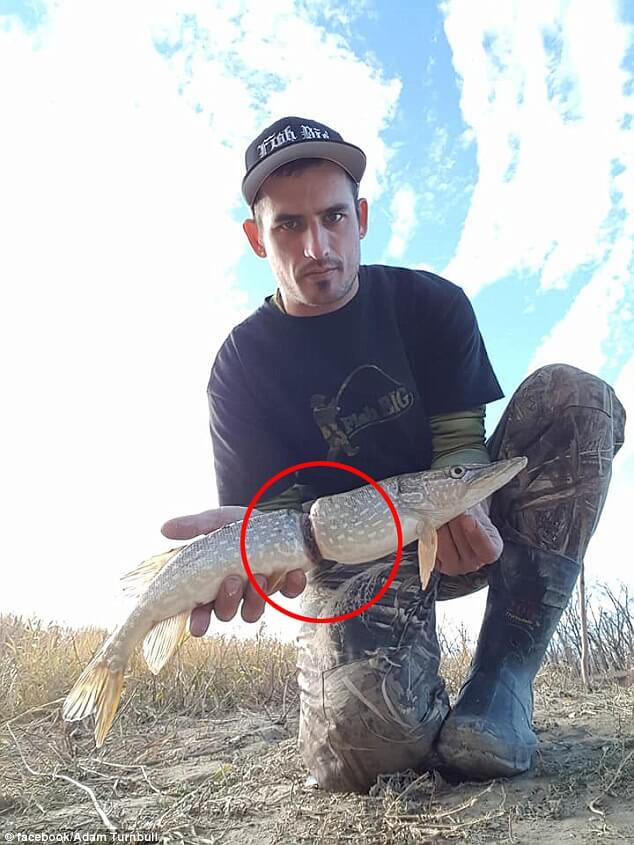 Adam Turnbull found the fish that had grown around a plastic drink ring in the Saskatchewan River in Alberta, Canada on Saturday

“I’ve never seen anything like that; I was kind of in shock,” he said.

“I haven’t even heard stories of people catching fish like this. This fish had to have survived for years with the plastic wrapped around it like that.”

The post which has been shared over 11,000 times had the caption ‘pick up your garbage! ‘This is a Powerade wrapper which takes up no room in your pocket until you get to a garbage can. Please share!’ 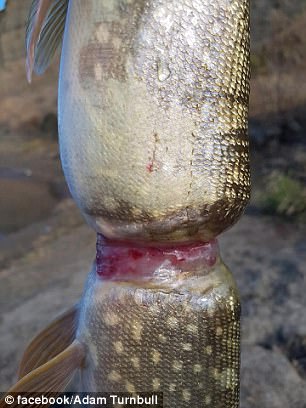 ‘Pick up your garbage,’ the Sarnia, Ontario, native said in his post that has since been shared almost 11,000 times

Originally Adam thought that the pike had been partially eaten by another animal, it was only when he reeled it in that he noticed the Powerade wrapper coiled around the midsection of the fish. 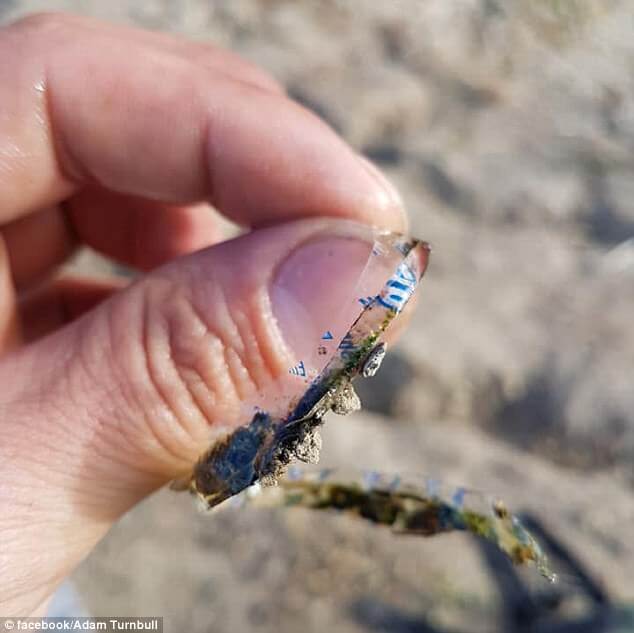 After cutting the wrapper off the fish and taking a few photos, Turnbull set the fish free

Turnball said he can “walk down the river bank at any stretch” and find garbage from fellow fishers.

“I just want people to realize that — hey, you brought this with you, bring it back out.”