The Paradise Papers leak reveals the cash was invested by the Duchy of Lancaster estate which provides Her Majesty with an income and handles investments for her £500 million private estate.

The Queen was dragged into a financial scandal last night as it emerged £10million of her wealth was held in offshore havens.

The cash was invested in the Cayman Islands and Bermuda by the Duchy of Lancaster estate, which provides her with an income and handles investments for her £500million private estate.

Some went to rent-to-own firm BrightHouse, which was forced to compensate thousands of customers after finance watchdogs found it had not acted as a “responsible lender”, and failed off-licence chain Threshers.

Experts said the investments were not illegal and there is no suggestion the Queen is not paying tax.

The Duchy said it was not involved in decisions made by funds and there is no suggestion the Queen had any knowledge of the specific investments made on her behalf.

But some said questions will asked about whether the monarch should be investing in offshore finance. Labour MP Grahame Morris said: “This is shameful. I’m appalled by these revelations.

“Even if it was the Duchy of Lancaster investing the money in the Cayman Islands, it is ultimately the Queen’s responsibility to ensure her investments are carried out responsibly. I don’t think the British public will be impressed.”

Labour MP Stella Creasy said: “Whoever made the choice to put the Royal family’s money into a tax haven, heads certainly have to roll as a matter of urgency.”

Graham Smith of Republic said: “We should expect higher standards from our head of state. We need complete transparency about how the royal family invests this money and also on how much tax they pay.”

The Queen, who voluntarily pays tax only on her private income, is worth an estimated £340million and has a property portfolio which includes Balmoral and Sandringham, an extensive art collection and high-value racehorses.

The details of the offshore investments were revealed in leaked files called the Paradise Papers, which expose the global environments in which tax abuses can thrive.

Also revealed was a previously unknown $450million offshore trust that has sheltered the wealth of Tory donor Lord Ashcroft .

There is no suggestion that Lord Ashcroft has done anything unlawful.

Many of the world’s most famous people and companies were revealed to have money invested in the controversial tax havens.

Offshore dealings by some of Donald Trump’s cabinet members, advisers and donors were revealed, including substantial payments from a firm co-owned by Vladimir Putin’s son-in-law to the shipping group of the US commerce secretary, Wilbur Ross.

U2 frontman Bono reportedly used a Malta-based company to buy a share in a shopping centre in a small town in Lithuania through a firm called Nude Estates.

After the firm set up a Lithuanian company to hold the property, the business was transferred to a firm called Nude Estates 1 in Guernsey, where no tax is paid on profits.

A spokeswoman for Bono said he was a passive, minority investor.

Twitter and Facebook were shown to have received hundreds of millions of dollars in investments that can be traced back to Russian state financial institutions.

Questions were also raised over the purchase of Everton Football Club and Premier League rules.

The 13.4million leaked files are from two offshore service providers and the company registries of 19 tax havens.

Most of the data comes from a company called Appleby, a Bermuda-based legal services provider at the top end of the offshore industry, helping clients set up in overseas jurisdictions with low or zero tax rates.

Labour MP Mr Morris added: “It’s outrageous that some of the world’s wealthiest people are using these sort of tax avoidance mechanisms to make more money and avoid paying their fair share of UK tax. Taxes that fund our vital public services.”

Lib Dem leader Sir Vince Cable called for a Westminster probe into why the Tories have failed to crack down on tax havens.

Tax havens are causing massive financial problems across the globe.

Later this week leading economist Gabriel Zucman will say: “Tax havens are one of the key engines of the rise in global inequality.”

Christian Aid’s Toby Quantrill said: “These revelations are yet further evidence of the extent and nature of the global offshore system.

“A system which reinforces the cycle of inequality, perpetuating the entrenchment of power at the top.”

The material was obtained by the German newspaper Süddeutsche Zeitung and shared by the International Consortium of Investigative Journalists. 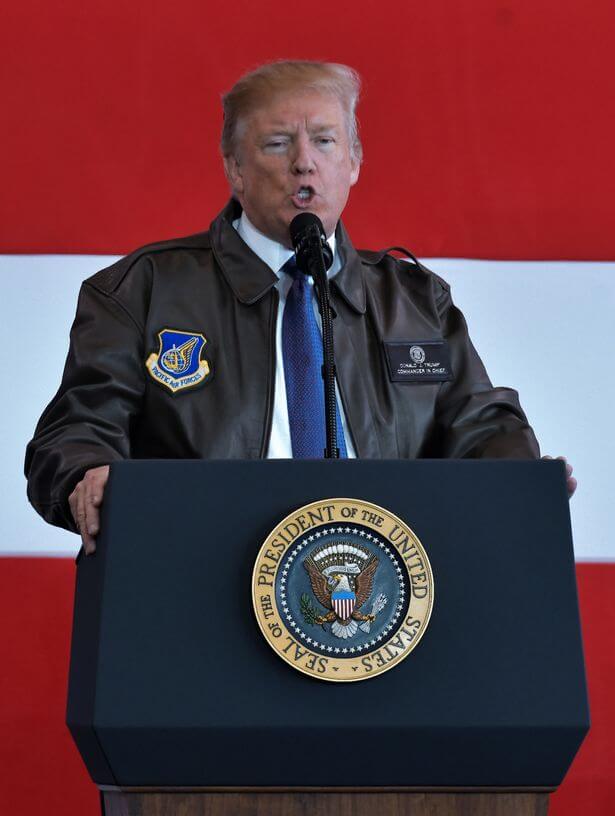 Donald Trump’s commerce secretary was fighting for his political career on Sunday night after it emerged he does business with Vladimir Putin’s son-in-law.

Billionaire Wilbur Ross is in charge of economic sanctions imposed by the US on Russia for meddling in the US election.

Leaked documents and public filings show Ross, 79, holds a stake in a shipping company, Navigator, that operates a lucrative partnership with Sibur, a Russian gas firm part-owned by Kirill Shamalov.

Shamalov is married to Katerina Tikhonova, daughter of Russia’s leader.

Two major Sibur shareholders are currently under US sanctions. Ross, a close friend of President Trump, retained holdings in Navigator after taking office. He failed to clearly disclose the interests when being confirmed for his important position.

A commerce department spokesman did not dispute the revelations, saying:

“Secretary Ross recuses himself from any matters focused on transoceanic shipping vessels.” After news of his Russian dealing emerged in the Paradise Papers, thousands took to social media to call for Ross to resign.

Alexa Raymer wrote on Twitter: “Ross must resign. He lied to the Senate about divesting and it’s now revealed he is up to his ears in ties to Russia.”

The papers add further weight to claims of the Trump administration’s links to Russia. 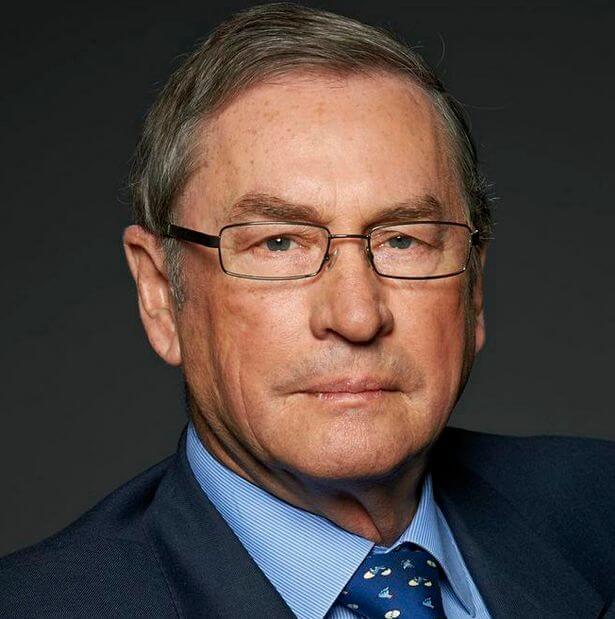 Lord Ashcroft faces claims he kept his non dom status while sitting in the Lords.

The leaked papers show that between 2000 and 2010 the Conservative peer received around £150million from his offshore trust in Bermuda.

During this time he sat in the Upper House and as he was not domiciled for tax purposes in the UK did not have to pay tax on payments. In May 2010 he told the BBC he was going to become “a fully taxed person in Britain.” There is no suggestion Lord Ashcroft acted illegally.

The papers also reveal how he used an overseas trust to shelter his wealth. In 2006 the peer had assets of £341million in the Bermuda-based Punta Gorda Trust.

There is nothing illegal about the trust but a leaked email says lawyers raised concerns about how it was run.

A senior lawyer for law firm Appleby wrote: “I am very concerned there has been inadequate supervision of transactions and distributions. To put it bluntly, we seem to be told nothing, whereas we carry the responsibility of acting as trustee.”

Former Conservative treasurer Lord Ashcroft, 71, has given millions to the party, with £500,000 towards this year’s general election campaign.

His spokesman said he had never engaged in tax evasion, abusive tax avoidance or tax avoidance using artificial structures and “any suggestion he has will be vigorously challenged”. 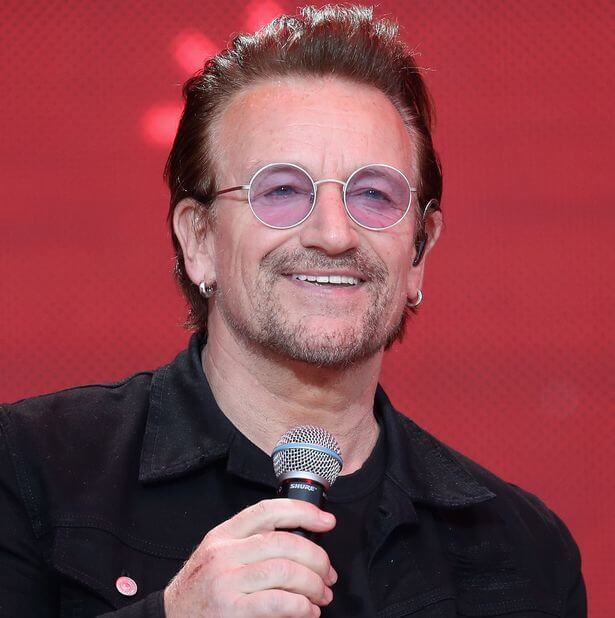 U2 frontman Bono used a Malta-based company to buy a share in a shopping centre in a small town in Lithuania, the papers reportedly revealed.

The singer is said to have invested money in a firm called Nude Estates, which bought the mall in Utena for £5.1m in 2007.

After the firm set up a Lithuanian company of the same name to hold the property, the business was transferred to a firm in Guernsey called Nude Estates 1, it was reported.

No tax is paid on profits in the Channel Island, while foreign investors in Malta pay just 5 per cent tax on their earnings.

A spokeswoman for Bono told the Guardian: “Bono was a passive, minority investor in Nude Estates Malta Ltd, a company that was legally registered in Malta until it was voluntarily wound up in 2015.

“Malta is a well-established holding company jurisdiction within the EU.”