The UK is set to endure a fresh cold snap this weekend as the nation shivers in temperatures colder than ICELAND.

Freezing north-westerly winds will drive temperatures down to -4C in northern England on Sunday night and snow could fall in the Scottish hills.

A Met Office forecaster said: “The cold winds coming straight from the Arctic will carry with them a few showers and will be cold enough to fall as sleet or snow over some northern hills”.

Icy blasts will surge in from the west on Friday, creating damp conditions overnight and into Saturday morning. 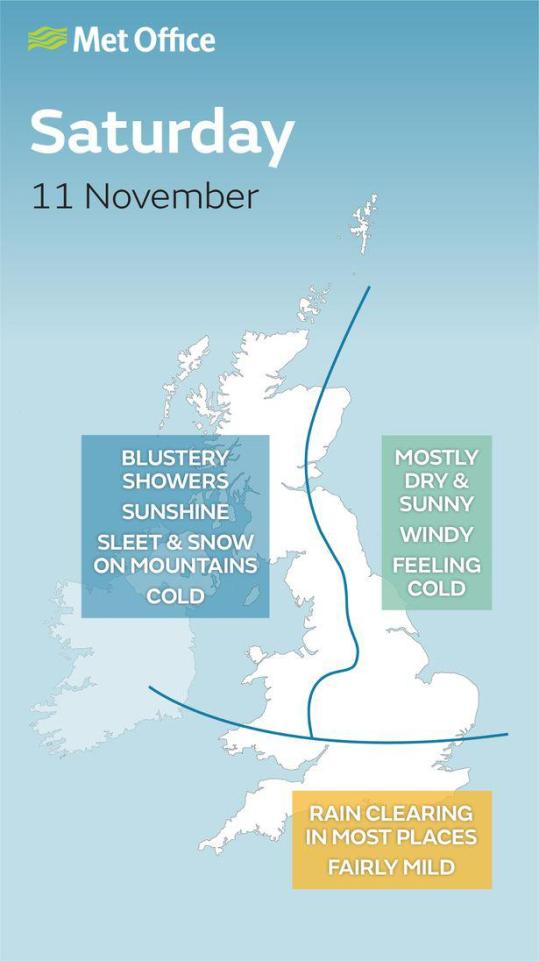 Early morning temperatures will feel particularly raw for those in the north, but the south can expect to see brief sunny spells pushing temperatures to 8C at around midday on Saturday.

Snow may start to fall in Scotland after a damp start to the day, but harsh winds will more than likely bring light bands of snow on Sunday morning.

Widespread frost will continue to make appearances overnight, especially on Sunday night where conditions are expected to plunge to -7C in highland areas.

But conditions will become drier for northern and southern parts of England towards the end of the weekend as temperatures drop below 0C on Sunday evening.