A Facebook page dedicated to this surreal phenomenon called ‘Teesside Connected’ circulated the story of the gaping open potholes, which could be fatal to drivers and pedestrians alike, and how a couple of them were sporting giant penises all over it. After the potholes were fixed, most locals decided that it was all because of the power of the ‘willy’. Good golly! 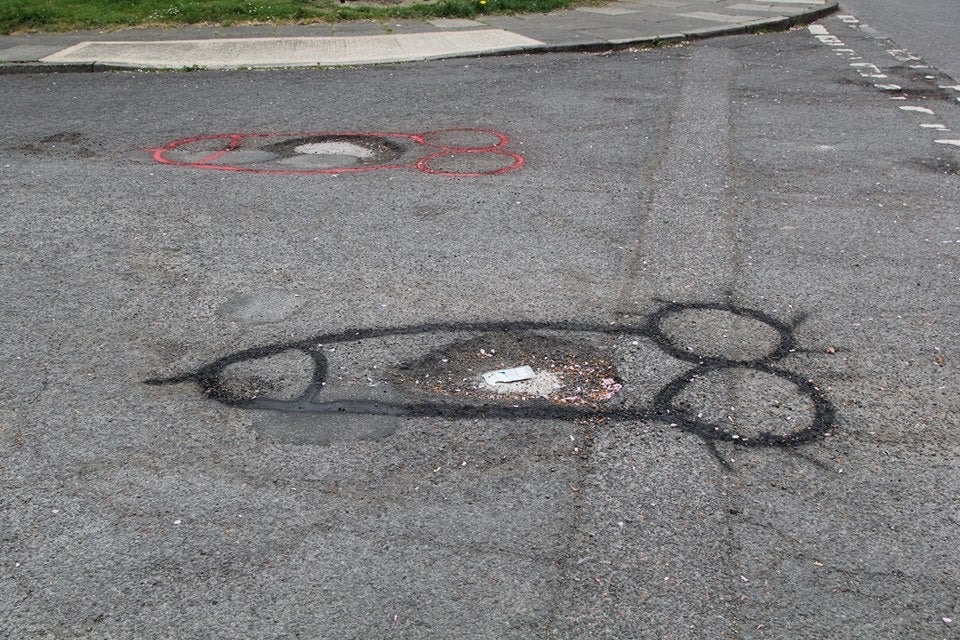 Imagine waking up one morning, getting into your car to go to work, turning down the corner and there you see it- a giant sketch of a penis on the road. What do you do? Laugh it out or get offended? Well, the locals of Teesside used this obscene gesture for something completely different.

In another photo, a local called Brad Nicholson reported that one of the potholes were repaired almost immediately after being, well, ‘disfigured’. Ironically, the pothole was unrepaired for a whole year before that.

Of course, the locals and the social media community did start praising the anonymous artist, claiming how beneficial it would be for them to use this ‘artistic touch’ in their area. A spokesperson for the Middlesbrough council, under which Teesside resides, announced that the matter of potholes had been their priority for a long time, depending upon how serious a danger they pose to people. But currently, they were working on pre-planned projects in the Acklam area, which resulted in a delay. Well, so much for excuses.

Interestingly, this isn’t the first time that this situation has come to the limelight. A street artist, who goes by the name ‘Wanksy’ has dedicated his life to creating sketches of genitalia over potholes to ensure that they come into spotlight and get fixed. He is just like the famous street artist ‘Banksy’, except, well, with penises.

According to Wanksy, they create genitalia art because they know that it would attract the public eye. Also, this wasn’t offensive or sacrilegious for they are certified artists, and genitalia, and anatomy for the whole had been a common area of art, including Botticelli’s ‘Venus’.

And, if it helped the authorities repair the pothole or the drivers to avoid them in the first place, are they really bad?

Plus, Wanksy uses the same kind of markers that the council uses to repair potholes, so no harm done. Although one can assume that the council isn’t too happy about someone defacing potholes (read: calling out their mistakes), the marks can be removed easily. Just repair it and voila – the marks are gone.

All we can say at the end of the day is what as one user calmly states,