A widow has seen her husband’s face again after it was donated to a man who survived an attempted suicide attempt 10 years ago. Andy Sandness survived shooting himself in the face but was left with a disfigured face ever since.

He hid from the outside world, ashamed of the injuries that left him with a mouth the quarter of its original size and a prosthetic nose that frequently fell off. A decade later, Calen ‘Rudy’ Ross took his own life in southern Minnesota, leaving behind his wife, Lilly, who was pregnant at the time. 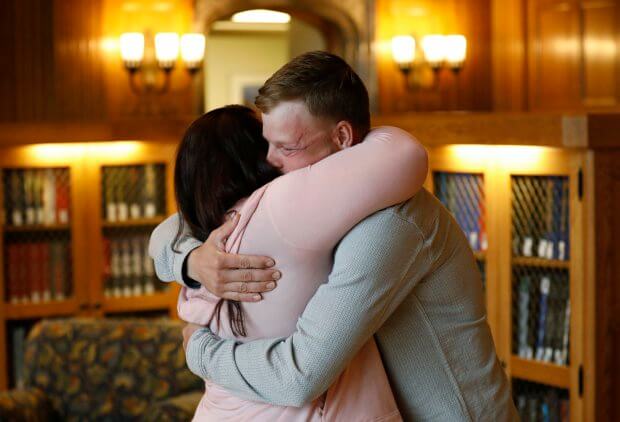 She agreed to donate her husband’s organs and other parts of his body. Doctors said that Calen’s match with Andy was so perfect that they could have been cousins. In 2016 he underwent a gruelling 56-hour surgery. 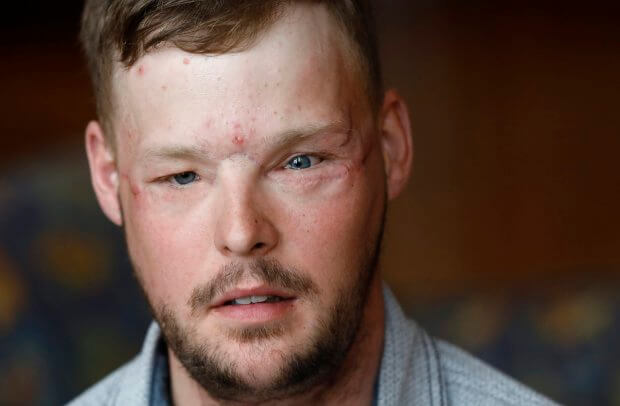 Now, 16 months later, they have had a tearful union at the Mayo Clinic of not-for-profit Lifesource which facilitates the donation of organs and tissue.

She said: ‘It made me proud. The way Rudy saw himself … he didn’t see himself like that.’ As she touched the hairless gap in his chin, she added: ‘That’s why he always grew it so long, so he could try to mesh it together on the chin.’ 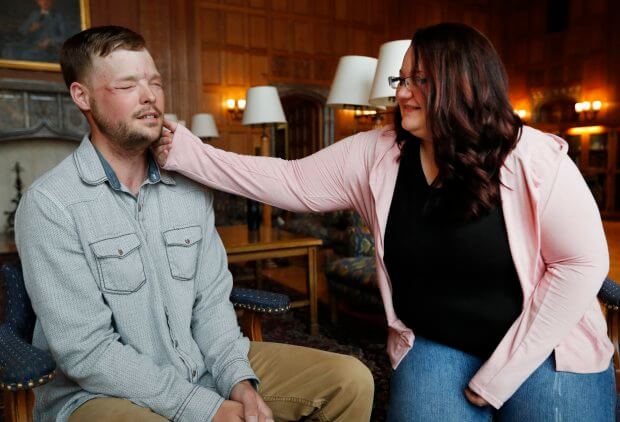 Eight months pregnant at the time, Lilly said one reason she consented to the transplant was that she wanted the couple’s child to one day understand what his father did to help others.

She had already agreed to donate her husband’s lungs, kidneys and other organs to patients. Speaking of his new-found confidence, Andy said: ‘I wouldn’t go out in public. I hated going into bigger cities. 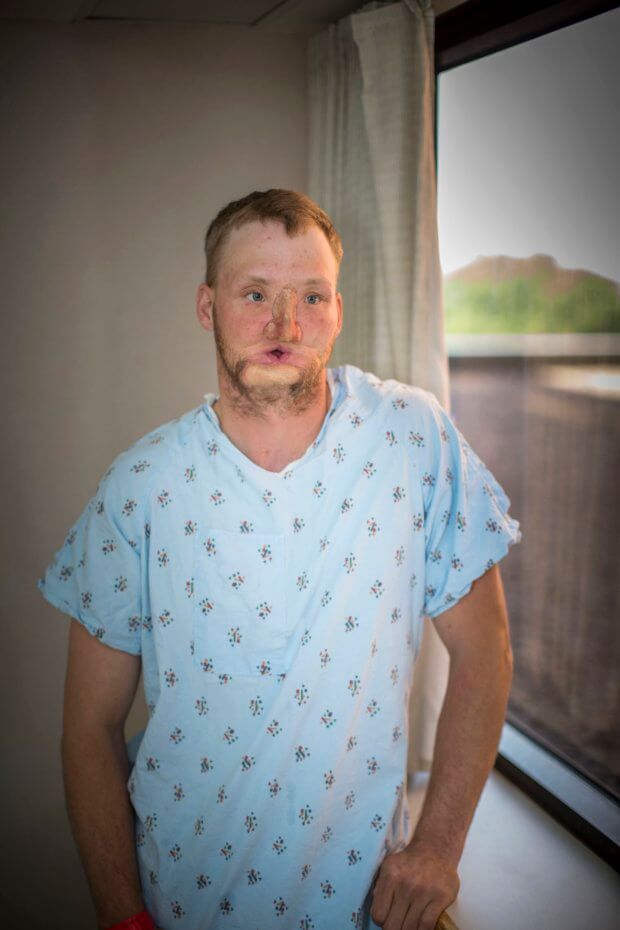 Andy was ashamed of the injuries and was left with a prosthetic nose that often fell off(Picture: Eric M. Sheahan/Mayo Clinic via AP)

‘And now I’m just really spreading my wings and doing the things I missed out on – going out to restaurants and eating, going dancing.’

He’s constantly working to retrain his nerves, giving himself facial massages and striving to improve his speech, and is on a daily regimen of anti-rejection medication.

He told Lilly: ‘I wanted to show you that your gift will not be wasted.’ Plastic surgeon Dr Samir Mardini, who did the operation at the Mayo Clinic, said: 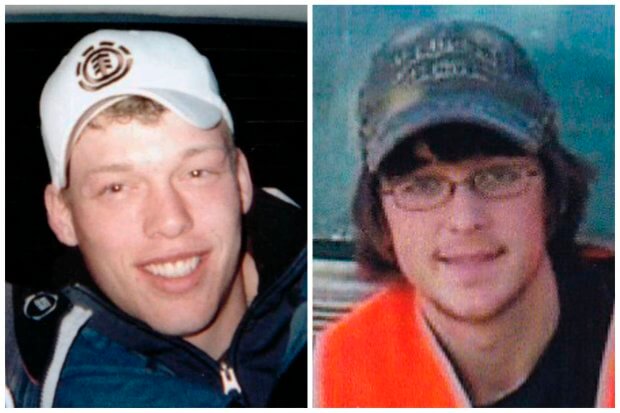 ‘It turns out Andy is not as much of an introvert as we thought. ‘He’s enjoying these times, where he’s missed out on 10 years of his life.’ Andy, who has been promoted in his work as an oilfield electrician, says he will contribute to a trust fund for Leonard’s education.

On the day of their meeting, the toddler stared curiously at Andy at first. But later he walked over and waved to be picked up. Sandness happily obliged. For Lilly, just meeting Sandness felt like a huge release:

‘Meeting Andy, it has finally given me closure. ‘Everything happened so fast.’