If you haven’t heard the tragic news, Stephen Hawking has passed away at age 76, according to a statement released by his family.

“His family have kindly requested that they be given the time and privacy to mourn his passing, but they would like to thank everyone who has been by Professor Hawking’s side — and supported him — throughout his life,” the statement said.

Not only was Stephen Hawking one of the greatest physicists of our time, he also had plenty words of inspiration for us all.

Today, we thought we’d turn our attention to some words of wisdom he had for those going through tough times.

At a packed lecture theater at the Royal Institution in London, on January 7, 2016, Stephen Hawking had this to say for those dealing with depression:

“The message of this lecture is that black holes ain’t as black as they are painted. They are not the eternal prisons they were once thought.”

“Things can get out of a black hole both on the outside and possibly to another universe. So if you feel you are in a black hole, don’t give up – there’s a way out…”

“Remember to look up at the stars and not down at your feet. Try to make sense of what you see and wonder about what makes the universe exist. Be curious. And however difficult life may seem, there is always something you can do and succeed at.
It matters that you don’t just give up.” 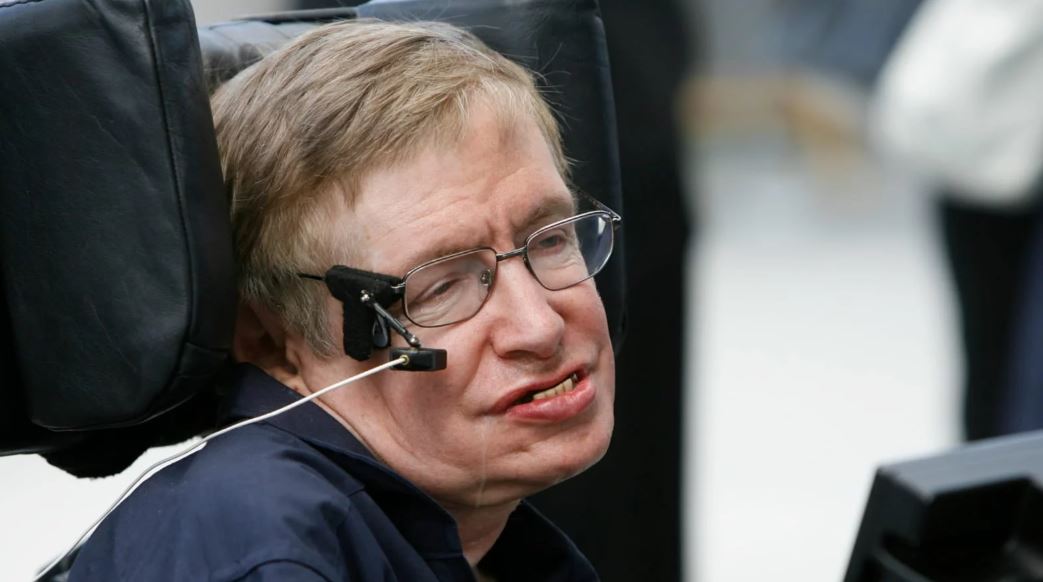 As a man who overcame such incredible obstacles and lived such a brave and amazing life, this advice couldn’t come from a better place.

Professor Hawking was diagnosed with motor neurone disease in 1963 at the age of 21, when he was given just 2 years to live.

At the same event, his daughter Lucy told the audience that her father’s laughter and motivation kept him alive:

“He has a very enviable wish to keep going and the ability to summon all his reserves, all his energy, all his mental focus and press them all into that goal of keeping going.”

“But not just to keep going for the purposes of survival but to transcend this by producing extraordinary work – writing books, giving lectures, inspiring other people with neurodegenerative and other disabilities.”

Professor Hawking also said he had learnt to appreciate what he had.

“Although it was unfortunate to get motor neurone disease, I have been very fortunate in almost everything else.”

“I have been lucky to work in theoretical physics at a fascinating time and it’ s one of the few areas in which my disability was not a serious handicap.”

“It’s also important not to become angry, no matter how difficult life may seem because you can lose all hope if you can’t laugh at yourself and life in general.”

For more Stephen Hawking wisdom, check out his best 15 quotes that will blow your mind.