Labour seem to be closing the gap with 1 week and 5 days to go – Is this a glitch or something more consistent? The closest polls show a 7% lead for the Tories and largest is now just 13% in recent days. The London terror attack has just happened, we suspect this won’t alter the polls but Boris has suspended campaigning recently for a short period. Time will tell.

See below the latest opinion polls – with a little over 3 weeks to go there is a 12 point lead for the Conservatives in this Politico ‘Poll of Polls’. These are a rolling average of what people think across the country. Unlike in 2017, the past 7 days of campaigning have seen the Conservatives increase their lead by 2%. The big losers are the Brexit Party and Lib Dems. It was by now in GE 2017 that Labour had closed the gap by 5% on the Conservatives and also support had begun so dwindle.

Nothing is impossible but ‘Electoral Calculus‘ have put a Labour Majority at just 1%. To put this into perspective, if this is the same on election day and every Parliament ran the full 5 years in office and we had the same polling result at every election it would, on average, take Labour 500 years to form a Majority Government.

The Tories are now averaging 39% and Labour are averaging 29%, Lib dems on 16% and Brexit Party on 8%. So in just over a month the gap has closed 2% from a Tory lead of 12% to 10%, the signs are that all parties are stabilising within the last 2 weeks. Labour have just announced another huge spending pledge of free broadband for all, estimates from the Telecom companies put the infrastructure project at £40 billion and ongoing costs at £60 billion, totalling £100 billion. If you take out the £20 billion Labour want to raise from taxing the Tech Giants it leaves a whopping £80 billion.

Considering the NHS in its entirety costs £137 billion per year to run is this a worthwhile way of spending public money and borrowing? Well you decide in the ballot box on Dec 12th!

Here on Newsroom24 we are now keeping an eye on all UK polls, updated daily this is the place to be to get the latest information on our election poll tracker with the latest UK opinion polls.

The latest results are now showing a 15% lead for the Conservative party with the release of the new Opinium / Observer poll.

Recently we have seen the Liberal Democrats overtake Labour, putting them into 3rd place, as you know things change daily so how long will this last? Well it all relies on complicated factors, policy, trust, popularity of party leaders and much more.

As you can see, the main 2 parties Labour and Conservatives have had their difficulties with potential votes going to the new Brexit party and the established Liberal Democrats, each party have a clear leave or remain in the EU policy. In mid June there was a time where the polls were suggesting a 4 party system would be likely however since then there has been a new party leader for the Conservatives (Boris Johnson) with a stronger tone on leaving the EU.

Labour, who don’t seem to have a clear line on the EU are still suffering – Loosing votes to the Lib Dems still, over time eroding their % share of the vote. Whereas the Brexit party are losing share to the Conservative and Unionist party. UKIP has all but disappeared along with Change UK.

Below we have the latest results from all UK opinion polls. Updated daily you can see the change after any events in politics. 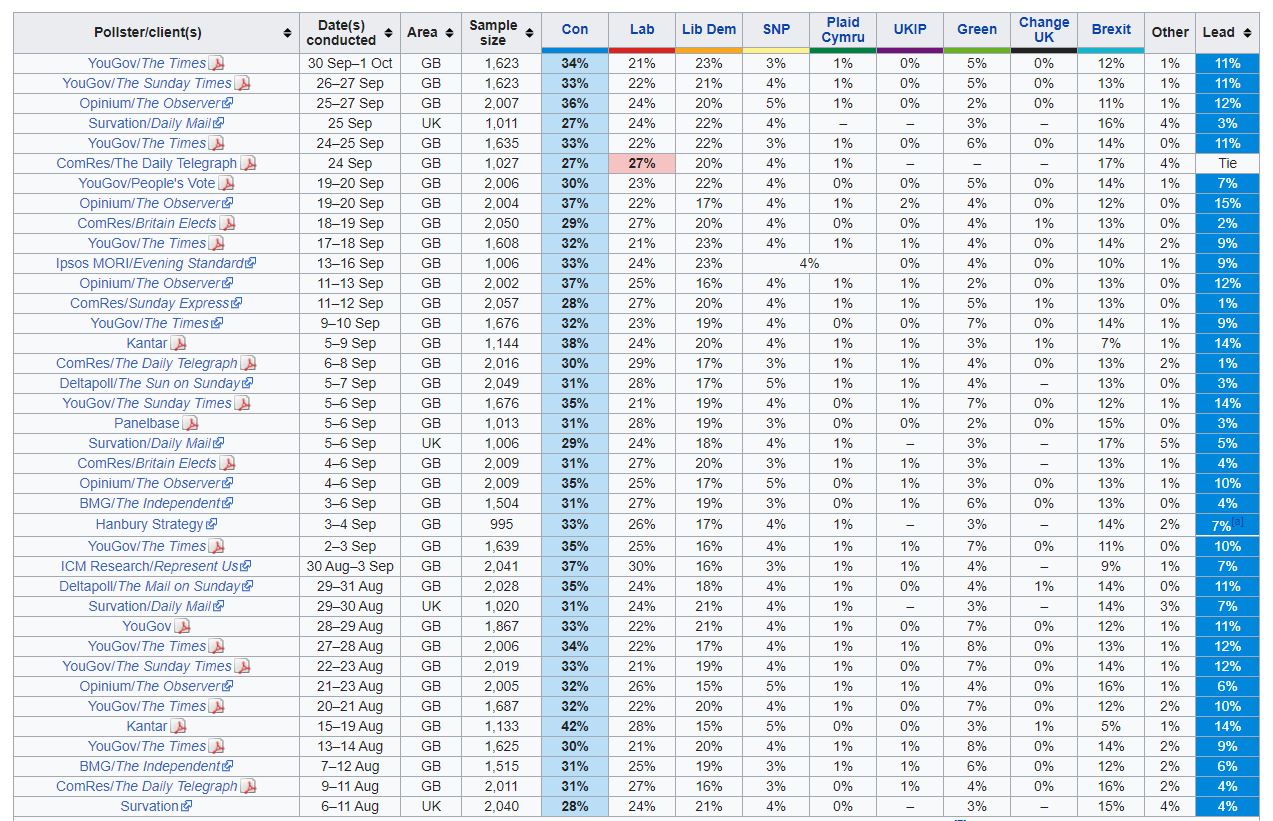 Below wh have the 2015 and 2017 election results in percentage and the corresponding number of seats in parliament. 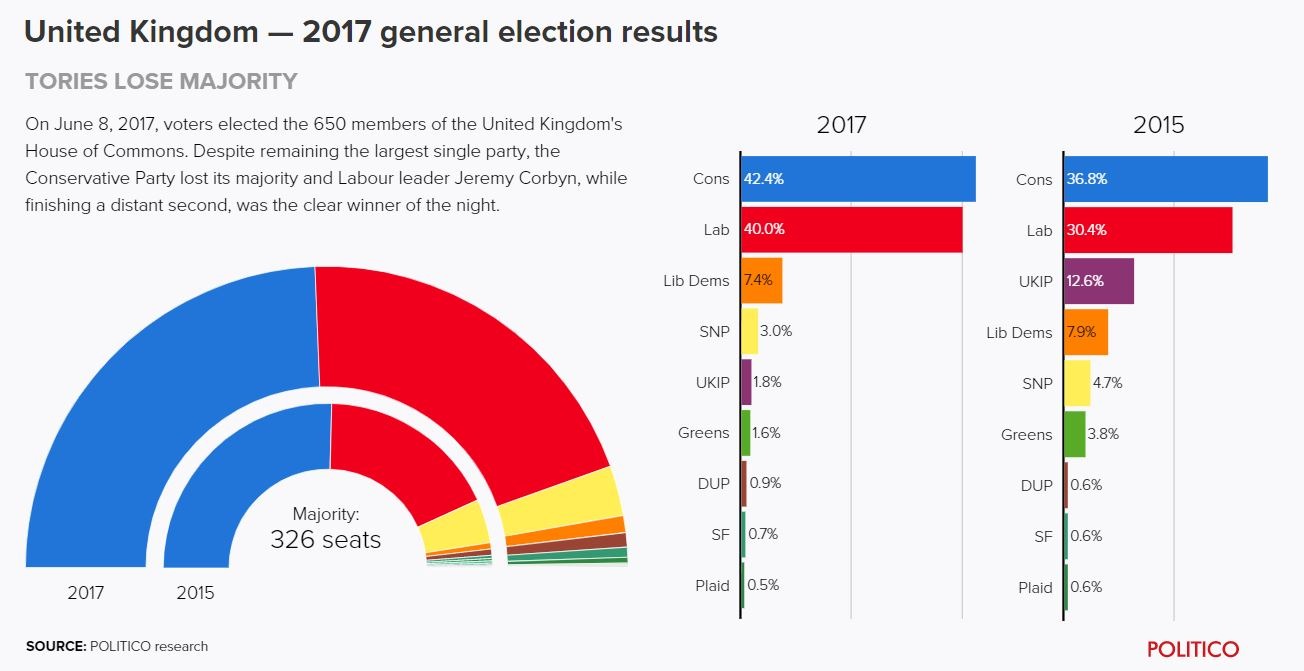 According to YouGov polling Labour are now in 3rd place on 01 Oct 2019. Remember things change, come back for regular updates. 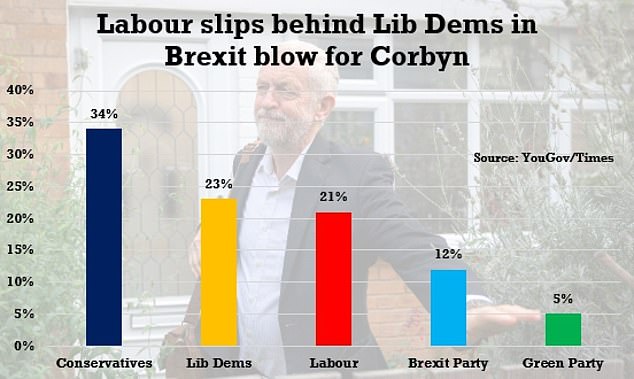 < Prev StoryWhere has Diane Abbott been during the 2019 General Election Campaign?