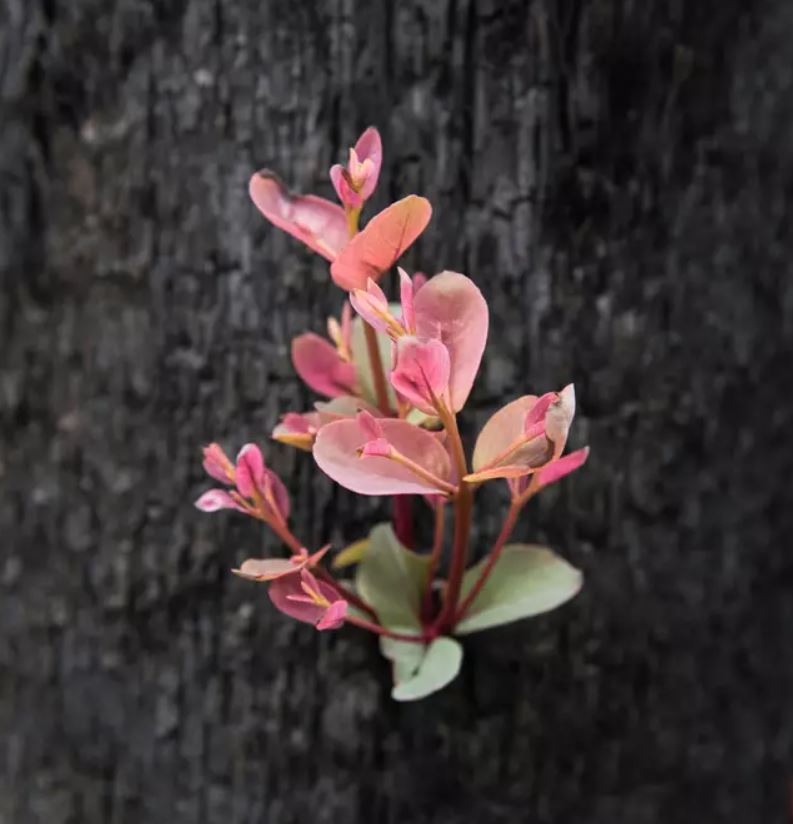 “Christmas this year has been quite dull because it’s hard to celebrate when so many lives have been lost.

“I felt compelled to go out and just feel first hand and have a look at what the impacts are.

“It was a very short drive from the back end of where we live. We went out and had a look. 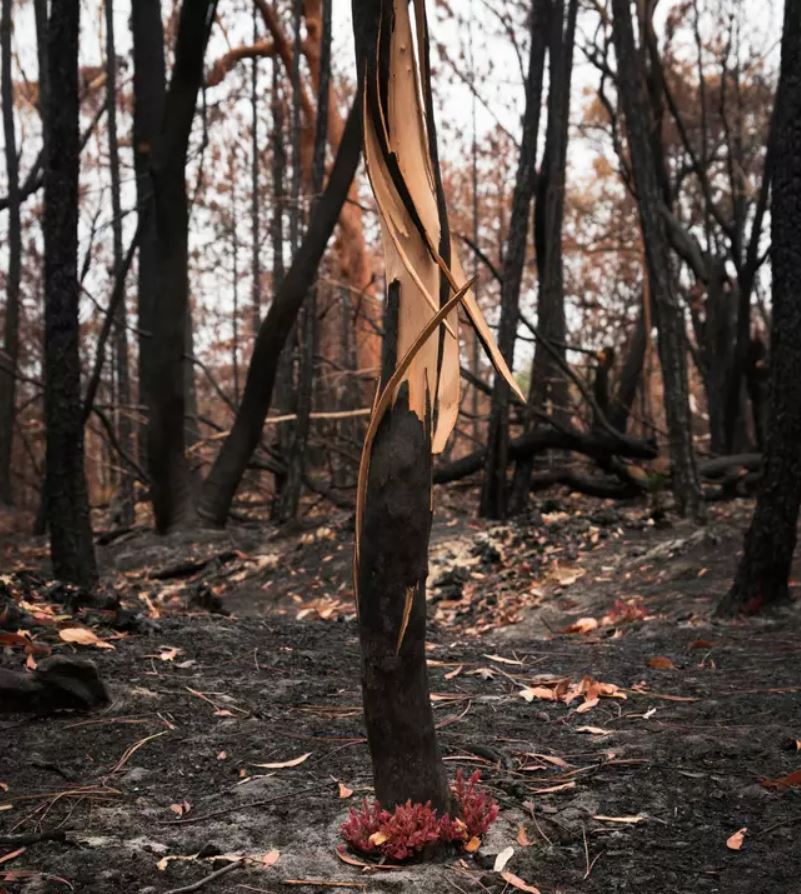 “All we wanted to do was convey hope in the face of months and months of tragedy and heartache and sadness.

“Nature is sending us a message that there is hope after such a devastating event.”

Murray Lowe also took a series of similar photos, and shared them to Facebook. His post has since racked up 26,000 likes and 40,000 shares, with many commenting to say how much joy the pictures brought them. 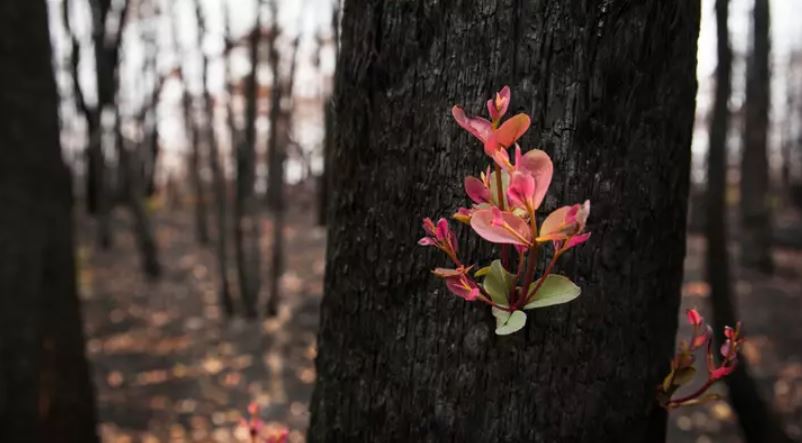 While some Facebookers felt cynical and commented to say it was a ‘scam’ or that the pictures had been Photoshopped, others pointed out that the idea wasn’t actually too far-fetched. After all, many of these fires started burning back in September, meaning some areas have been able to start recovering – while others sadly continue to be ravaged by the flames.

As a case in point, at the beginning of December, Koala Hospital Port Macquarie also shared a similarly uplifting picture showing new springing from the ground. 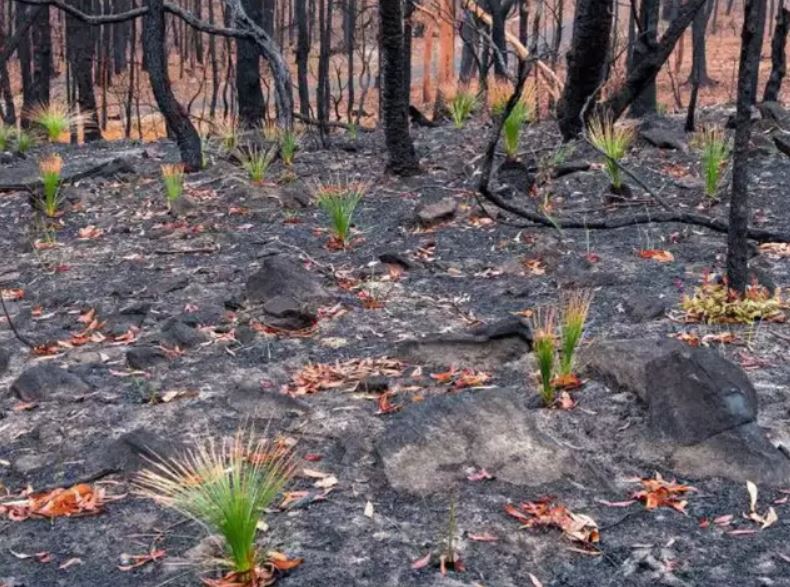 While the unrelenting bushfires continue to burn in many areas of Australia, two photographers on the New South Wales Central Coast have given the country some hope after capturing incredible signs of the bush recovering.

Mary Voorwinde says she and a friend spent hours exploring Kulnura in New South Wales, Australia, after noticing signs of life returning within the woodlands.

The 46-year-old explained that her own home on the Central Coast had come within just 5km of being ravaged by the wildfires.

Inspired to explore the charred landscapes after the wildfires passed, Voorwinde and fellow photographer Murray Lowe managed to capture some stunning shots of flora sprouting from burnt-out tree trunks.

Mary, who lives on the Central Coast, New South Wales, Australia, said: “I was overwhelmed in the way I saw nature just come to life after about three to four weeks. It was actually a sense of hope that I felt.

“There was one particular image which has all the charred bark on it and you can see the growth and the red bark which sits underneath it.

“It’s almost like a shell. That to me is a powerful image because that conveys nature’s resilience. In any catastrophe we build resilience. It was a message of hope. 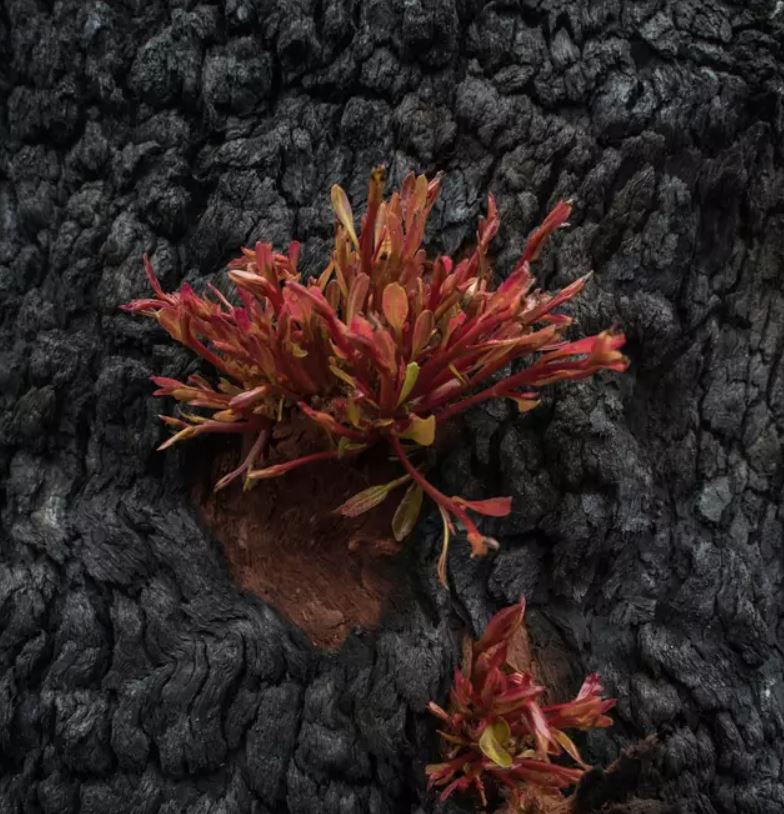 “We spent hours on this photographing and exploring. We have been overwhelmed because not far from where we live have been all the fires.

“We haven’t been directly impacted by them, but we’ve been dealing with the smoke for the last three months. 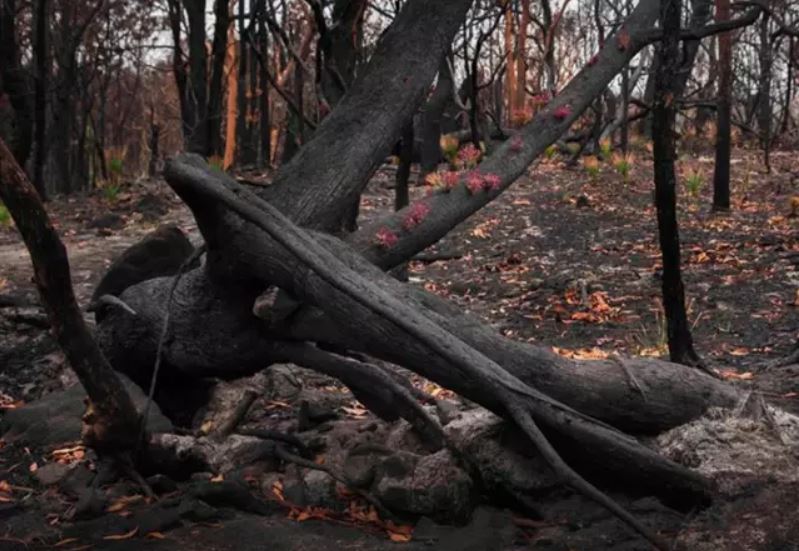 “That kind of catastrophic circumstances – because we’ve had it within a 5km radius from our homes – it’s certainly been around and very close to us and our community.

“It’s close to work, in the city. It’s everywhere. It’s consumed in our reading and consciences.

“Christmas this year has been quite dull because it’s hard to celebrate when so many lives have been lost.

“I felt compelled to go out and just feel first hand and have a look at what the impacts are.

“It was a very short drive from the back end of where we live. We went out and had a look.

Next Story >Coronavirus - Could the UK be on lock down soon? The real WalkingDead without th…