The UK 2017 general election produced some very interesting and conflicting results in various parts of the country, the divide amongst voters was less about a geographical divide (although this still played the largest role) but more a divide across generation and BREXIT. In Scotland the main issue was Scottish independence and the poor performance of the SNP in running the country in the devolved issues, ie; Education, Healthcare and more. 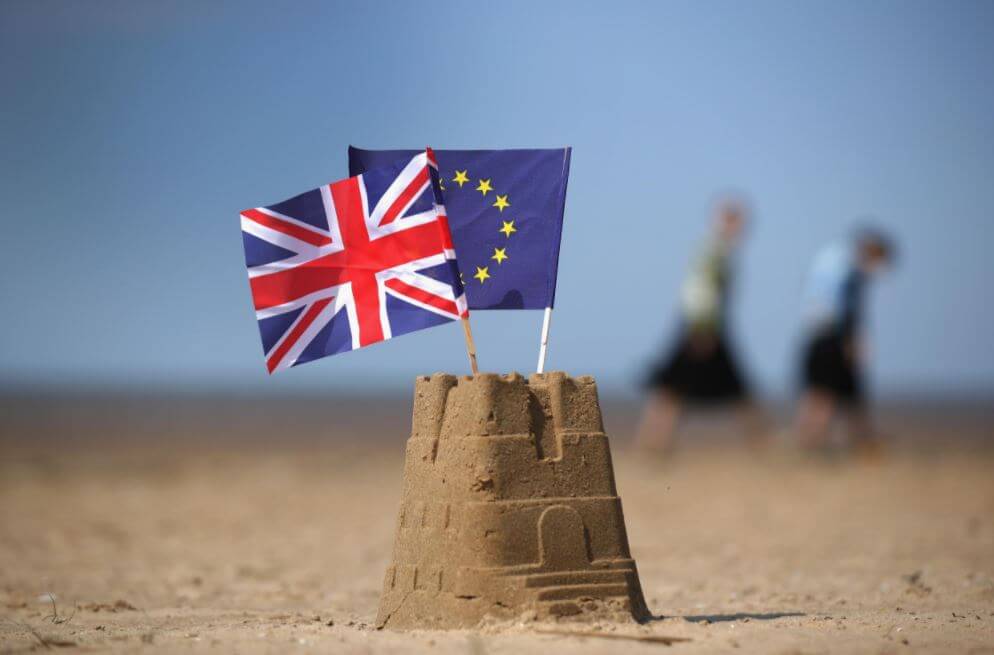 Lets begin with the BREXIT, this was supposed to be the Tories trump card, the swing from UKIP to the Tories was going to win the election for them but this didn’t transpire. The forgotten remainers voted Labour in their droves, traditional Tory voters switched straight to Labour as a protest vote across the country, this countered the fact that most of the BREXIT vote did vote Tory. The evidence for this is nowhere more evident than in London and the other cities where the remain in the EU vote was 60%+ – Traditional Tory seats were falling to Labour as the remainers switched sides as 1) a protest vote and 2) to try and secure a soft BREXIT, throwing away their traditional Tory views for what they felt as a more important issue. 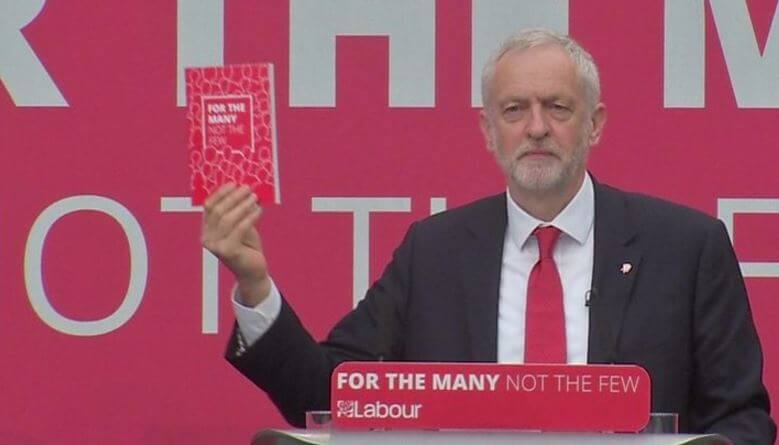 The Labour Party’s far Left Manifesto helped yet hindered them – According to our Newsroom24 polls (1504 UK adults, 18+) the Labour Party would have won the 2017 UK general election if they had adopted a more ‘New Labour’ stance, the misconception that this is their trump card is just that, a misconception. It is true that the manifesto attracted the young and people who don’t usually vote, it also gained huge support on social Media like Facebook for it’s seemingly generous policies for all. However, the 35+ generation (the vast majority of the UK voting population) are not inclined to support such drastic changes in Britain’s political future. This is the only reason why the Labour Paerty didn’t end up with a victory. But why did they do so well at the same time? Jeremy Corbyn had nothing to lose, he was relaxed in front of crowds and turned out to be a real peoples person and as we mentioned earlier – BREXIT played to his advantage. The protest remain vote skipped the Lib Dems and went straight to the Labour party.

For the average voter the Labour Manifesto seemed too far fetched in terms of affordability, although Labour had costed the expenditure the independent Institute For Fiscal Studies (IFS) pointed to holes in their budget plans. This could be why ‘older voters’ tend to favour the Conservative Party , trust with the economy (Labour in the late 70’s and more recently in the late 2000’s seemed to have brought the country into severe recession, many say that the more recent crash in 2008 was a global recession but others point out that not all countries had such a deep long lasting crisis, still felt today.

Why did the Tories do so bad? After 7 years of necessary cuts to public services / public spending they wanted to continue them for 5 more years, the message to voters was not positive what so ever, the mood in the country had changed since the last general in 2015, the feeling for a change had grown. Also Theresa May is not good in front of crowds and the confused message to voters about some policies which should’ve been a positive one, backfired and caused annoyance amongst potential voters. The two campaigns couldn’t have been further apart in success. However Labour still only managed to win 262 and the Tories were 56 seats ahead on 318.

The Future For Labour

Can Labour pull off a win in the next general election? In short, yes they can but there is a but. For Labour under Jeremy Corbyn to win they must move away from being so far left, they need to be more main stream and head towards the centre left, similar to what it was under Tony Blair. To get the Tory voter on their side they must appeal to a broader audience – especially as the Tories are now likely going to end austerity and provide a softer more appealing manifesto in 5 years from now (2022), or earlier if the agreement with the DUP doesn’t last the duration.

The New Electoral Map of The UK 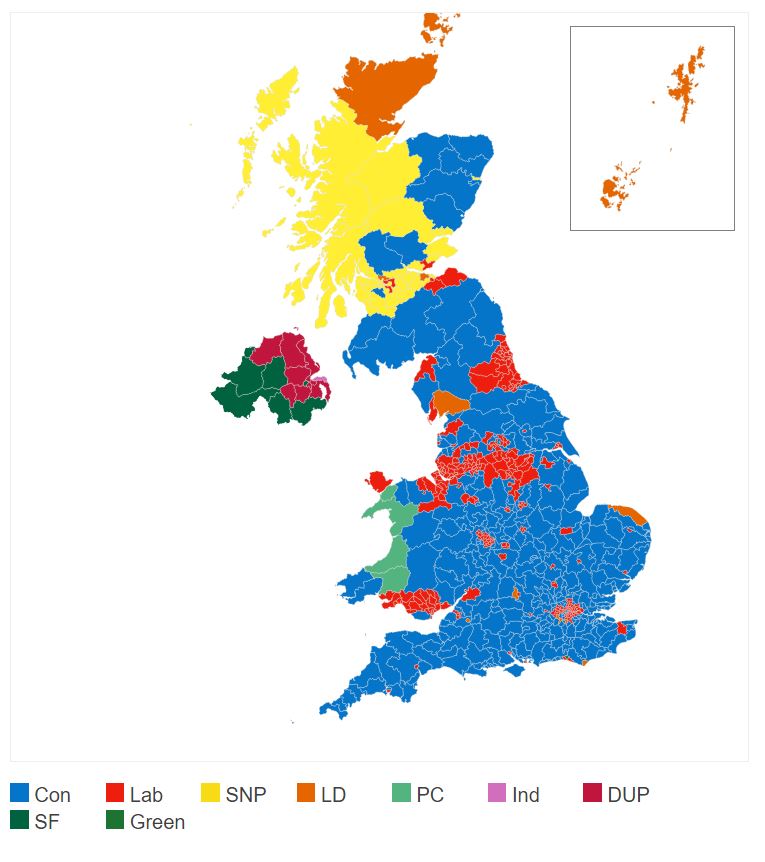 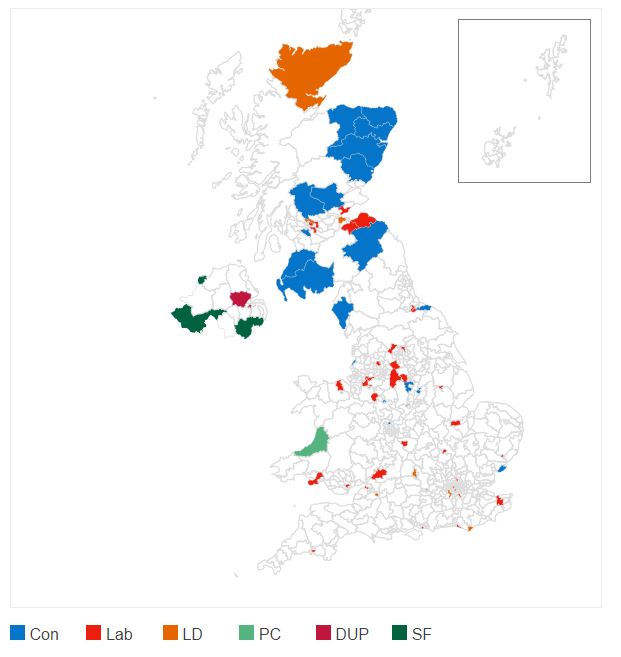 Changed seats in the 2017 UK general election compared to 2015

As you can see there were gains and losses for both main parties but no major swings. The turnout was high and more people voted for the two main parties than since 1970. 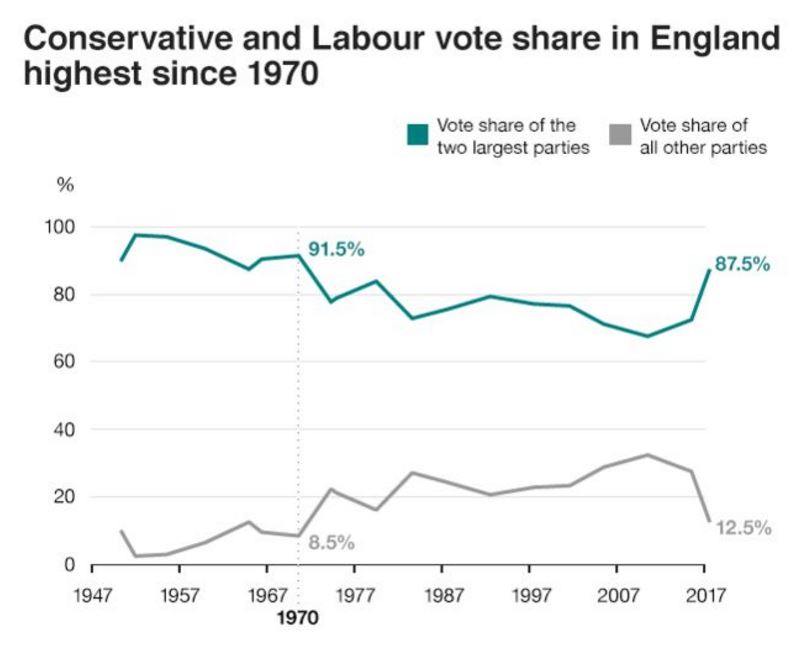 However you voted, if the outcome wasn’t what you wanted, stay positive – We live in a democracy and it will swing your way one day. Feel free to comment below.