Sheffield to Sydney on the Global Underground Hyperloop

Imagine if you could get on a train in one country and be taken quick as a flash, underground, to anywhere else in the world – where would you go first?

Instead of a regular train, a Hyperloop will blast you inside a special bullet-like capsule. You’ll be sent through a vacuum sealed tube like something from Futurama or The Jetsons (depending on your era!).

This map is a piece of concept art by Mark Ovenden, posted to Flickr by Annie Mole, and it shows what global hyperloop metro might look like: 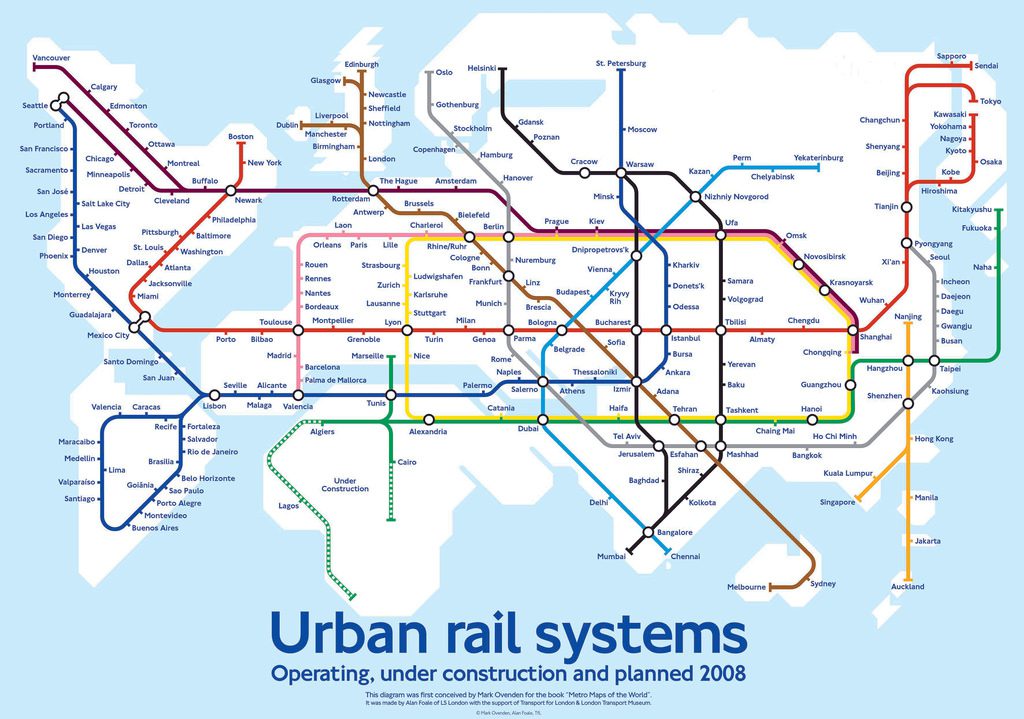 Mark’s book, from which this is taken, is available to buy on Amazon.

Where will you go first?

Hyperloop One want to make three routes a reality over the next five years, connecting cities in individual regions. Eventually those will be connected together to make one giant network that may span the globe.

If (we’re sure it’s if, not when) a Hyperloop train system becomes a reality, where will you go?

Tell us in the comments!