Up to 100 people missing in a London tower block fire

The fire began on the 4th floor at around 12.45am – It quickly spread up the side of the building then across, from flat to flat. There was only one fire escape for the whole block and two lifts. The building is in North Kensington and is 25 storeys high. There are 120 to 130 flats and was built in 1974, it is estimated that there were 500 to 600 people in the tower block at the time of the fire. 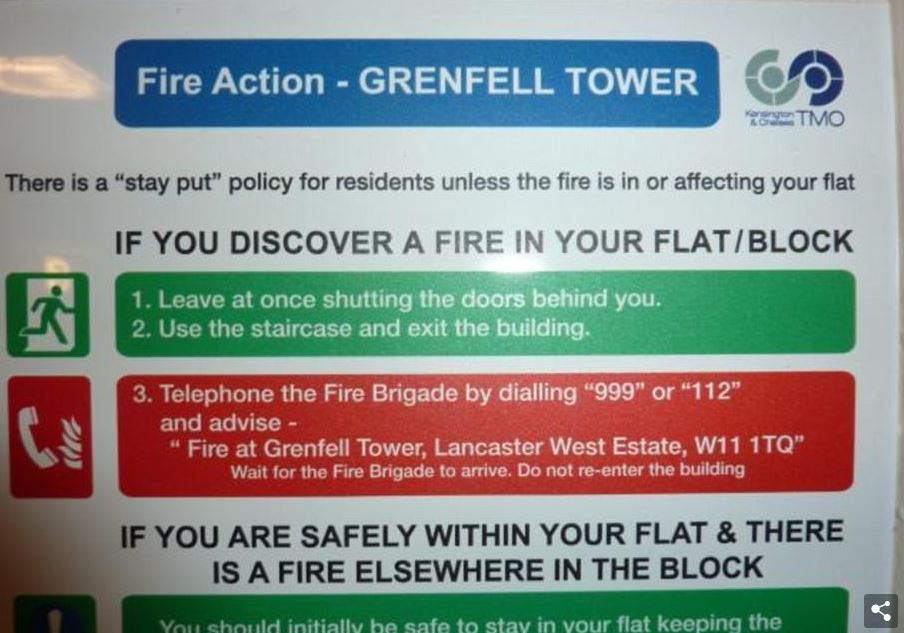 Fire advice says ‘There is a stay put policy’

There are 50 people in hospital currently but are over 100 people missing. 6 confirmed deaths at 11:00am. It has been reported that the chances of surviving the fire if the residents followed the advice to ‘Stay in their flat’ would be ‘very slim’. 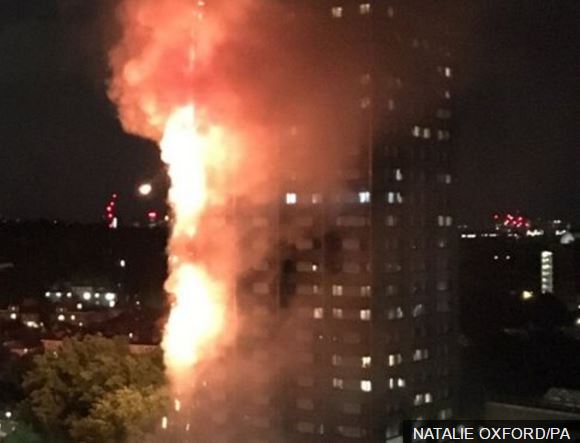 Witnesses have described screams of terror and people jumping in a bid to reach safety after the blaze ripped through Grenfell Tower. One evacuated resident, Tamara said “People were just throwing their kids our saying, ‘Just save my children, just save my children.'” 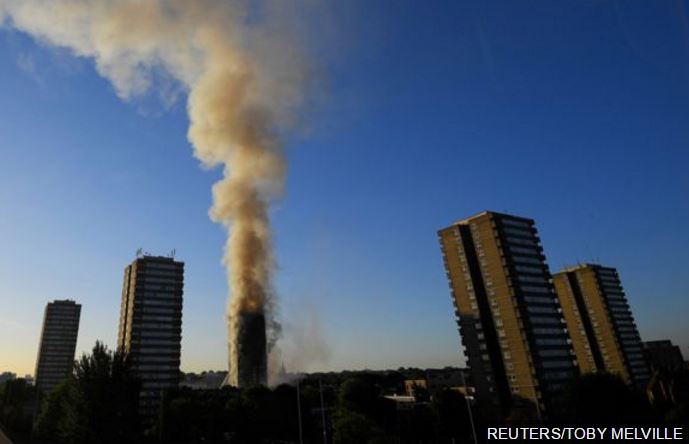 The building recently had a £10,000,000 refurb with a plastic cladding fitted to the outside of the building – Residents are blaming this for the speed of the blaze spreading throughout the building.

Emma Dent Coad is the Labour Party MP for the Kensington constituency and has yet to comment on the situation.

A helicopter circles as smoke rises from the building after the huge fire. The Met Police has set up an emergency number – 0800 0961 233 – for anyone concerned about friends or family.