It was only the schoolgirl’s second letter, after her first missive to Father Christmas, but the search engine’s CEO Sundar Pichai wrote back.
Her father Andy said the girl “took it all in her stride”. 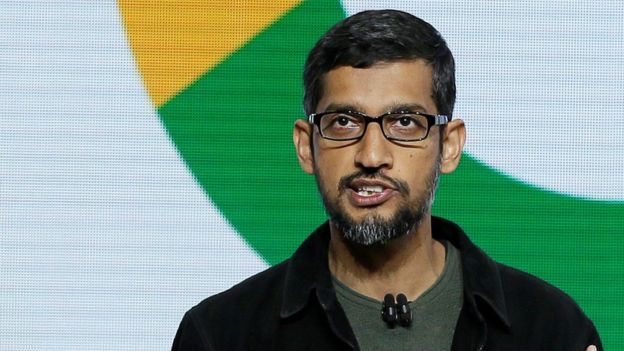 Google CEO Sundar Pichai told Chloe to work hard and follow her dreams
“We were gobsmacked, but I don’t think Chloe could understand the magnitude of the reaction she’d got afterwards,” said father Andy, a sales manager from Hereford.
“She’s got a great entrepreneurial spirit. Ever since nursery, she’s always been told in school reports she’s bright, hard-working and polite – we’re very proud of her and her younger sister [Hollie, five] is similar,” he said. 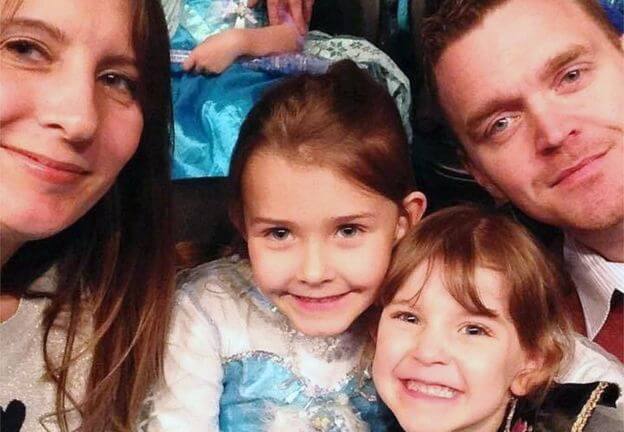 Chloe (centre left) with her sister Hollie and parents Julie and Andy
Mr Pichai’s full reply
“Thank you so much for your letter. I’m glad that you like computers and robots, and hope that you will continue to learn about technology.
“I think if you keep working hard and following your dreams, you can accomplish everything you set your mind to – from working at Google to swimming at the Olympics.
“I look forward to receiving your job application when you are finished with school! 🙂
“All the best to you and your family.”

Mr Pichai, who rose from humble beginnings in India, was appointed Google’s CEO in 2015.
The inspiration for Chloe’s letter had been internet research showing Google’s offices including bean bags, go karts and slides but she also highlighted a keen interest in computers in her application.
Chloe also admitted to an interest in a job in a chocolate factory or as a swimmer at the Olympics in the letter, and Mr Pichai’s reply said “if she kept working hard and following her dreams, she could accomplish everything she set her mind to.”
Mr Bridgewater said he and his wife Julie, a HR advisor, had seen Chloe’s business acumen in action already.
Besides her love of swimming – 20 lengths on Tuesdays with her mum – Chloe has also volunteered to clean the kitchen for 20p, he said.
“She is only young so she needs to play with her friends, jump on a trampoline but whenever she shows an interest in something else – like this letter – we want to encourage her,” Andy said.

Next Story >Denzel see's his meht Dave doing a striptease in front of a tractor - Why? - Pri…