Three workmates have been killed after their work van flipped on the A38 near Plymouth, Devon, yesterday during a storm. Five land ambulances and three air ambulances attended the scene, along with the fire brigade and police.

The three men aged 20, 22 and 24 from the Plymouth area sustained fatal injuries and were pronounced deceased at the scene. One of the victims has been named as Marshall Arnott, who had become a first time father four months ago to a baby girl.

A 33-year-old man who was one of the first on the scene said he noticed a large part of a road sign in the middle-of-the-road and saw the van lying on its side.

He said: “My first reaction was to jump out and check. The van was still hissing and smoke and steam was coming out of it but inside it was silent – the silence said it all.

“Another person, a woman, came to help and we were shouting to the people inside.”

He said within 30 seconds, more people had stopped to help.

A police force spokesman has issued a statement saying:

“Emergency services were called at 4.50pm after a Ford Transit van left the Plymouth-bound carriageway around a mile before Marsh Mills roundabout and collided with a road sign before overturning.

“No other vehicles were thought to be involved.

“Collision investigators were at the scene with other emergency services.

“A thorough investigation was carried out and the Plymouth-bound carriageway, along with lane three of the Exeter-bound carriageway was closed throughout the night. The road re-opened just after 7am today”.

“Officers from the Serious Collisions Investigation Unit at Crownhill police station are investigating the collision and are appealing for witnesses to contact them.” 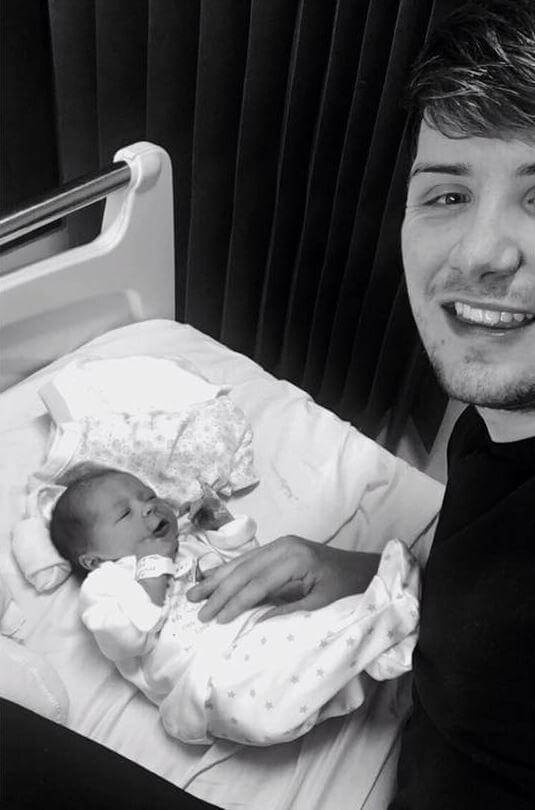 One of the victims, Marshall Arnott became a dad four months ago

R&M Utility and Engineering Services have released a statement after the three employees were killed yesterday, saying: “All of us at R&M are heartbroken following this dreadful event. We mourn the loss of these three fantastic young men.