Posh homeowners have been slammed after moaning that Grenfell Tower survivors moving into their luxury block will lead to a drop in property value.

Yesterday it was revealed that those who were made homeless by the devastating fire that ripped through the tower last week are set to move into 68 flats in the £2billion Kensington development.

Hundreds of people were left with nowhere to live after the blaze destroyed their West London tower block – leaving 79 people missing and presumed dead.

Many of the private homeowners in the block and other locals have been supportive of the decision, but others have said they’re furious.

Speaking to The Guardian, one woman said: “We paid a lot of money to live here, and we worked hard for it. 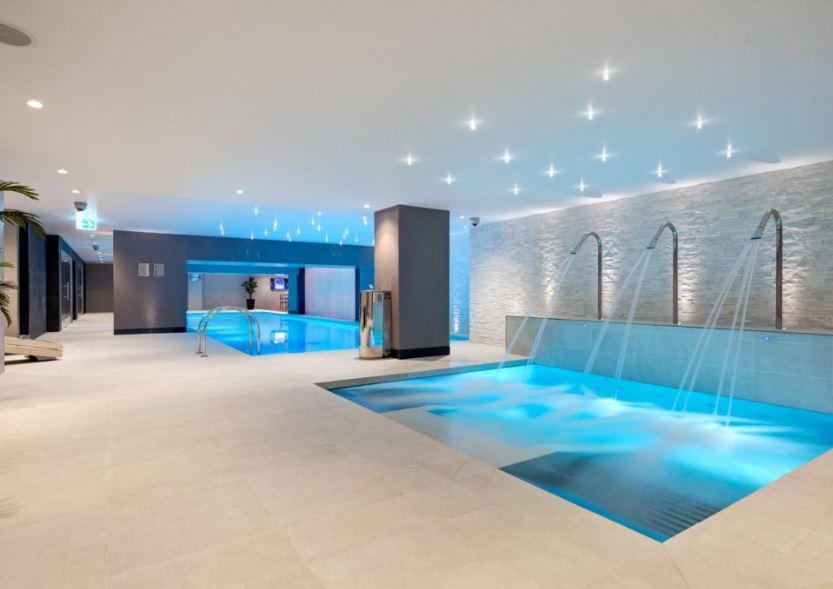 Each home will give residents the use of a gym, swimming pool and spa area, cinema and the 24-hour concierge

“Now these people are going to come along, and they won’t even be paying the service charge.”

However many were supportive of the move.

One resident, named AJ, said: “It was dreadful, I had friends living there. We gave stuff, and went up and helped for a couple days last week.

“In my eyes everyone should be equal.”

Each home will give residents the use of a gym, swimming pool and spa area, cinema and the 24-hour concierge.

One resident even claimed that he feared the flats would be sub-let.

He said: “I’m very sad that people have lost their homes, but there are a lot of people here who have bought flats and will now see the values drop.

“It will degrade things. And it opens up a can of worms in the housing market.”

Many of the flats feature large balconies

One local added: “North Kensington is not this Kensington. They should be in a place where they are happy, but not here. I don’t want them here.”

And people have already reacted with fury to the comments.

“Plenty of sympathy for the victims of Grenfell tower, until it comes to where they’ll live.”

Natalie Bloomer tweeted: “Rich people with so much sympathy for Grenfell survivors but god forbid they have to live near them.”