The parents of 10-month-old Charlie guard have lost the battle to get treatment for their sick son, and the European Court of human rights has now ruled that it will not order Great Ormond Street doctors to keep the young child alive.

The couple have tried every legal avenue available in their desperate bid to get their child treated, and now Chris Gard and Connie Yates are facing up to the fact that their battle has been lost.

They can no longer stop medics from turning off the child’s life support machine. But Great Ormond Street said:

“Our thoughts are with Charlie’s parents on receipt of this news that we know will be very distressing for them.

“Today’s decision marks the end of what has been a very difficult process and our priority is to provide every possible support to Charlie’s parents as we prepare for the next steps.”

“There will be no rush to change Charlie’s care.” 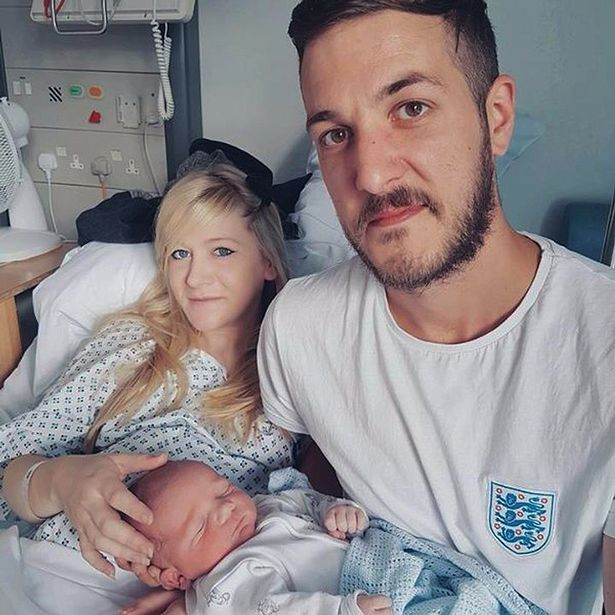 Charlie is just 10 months old and was born with a horrific terminal illness. (Photo: PA)

Chris, 32, and 31-year-old Connie wanted to send Charlie for experimental treatment in the US, in an attempt to try to cure ­mitochondrial depletion syndrome, a disease which causes progressive muscle weakness and brain damage.

Connie had said: “These medications have been proven to work. We are doing the right thing to not give up on him.”

But doctors insisted the boy was in “continued pain, suffering and distress” and the trial would “continue to cause significant harm” with no real benefit.

The couple, from south-west London, had battled and lost legal fights in the Court of Appeal, High Court, and Supreme Court. The latest one at the European Court was last ditch bid to save the child’s life.

But judges in Strasbourg said their decision not to interfere was “final”.

The fund which was set up to help raise the money needed to send Charlie to the US which is now over £1.3 million will instead be used to set up a charity in his honour.

After losing their case in the UK courts, Charlie’s parents’ last chance was before the European Court of Human Rights.

But Europe’s highest court declined to overturn the decision of the UK’s High Court, Court of Appeal and Supreme Court earlier this year.

The European court, whose decision is final, said UK judges had been “meticulous” and there was no reason to overrule their verdicts.

But specialists at Great Ormond Street say the therapy proposed by a doctor in the US is experimental and will not help the child.

After losing legal battles in the UK courts, the couple then brought their fight before the Strasbourg judges.

Charlie’s mum and dad argued his right to life was being breached by UK doctors who had “blocked access to life sustaining treatment” in the USA.

They also claimed their son was being unlawfully deprived of his liberty because he could not travel to America without the assistance of British doctors, whose decisions amounted to an “unfair and disproportionate interference in their parental rights”.

But the Strasbourg judges said the parents’ arguments were “inadmissible”.

The court said: “The domestic court decisions had been meticulous, thorough and reviewed at three levels of jurisdiction with clear and extensive reasoning giving relevant and sufficient support for their conclusions.”

It also agreed with the UK courts’ decision that “it was most likely Charlie was being exposed to continued pain, suffering and distress and that undergoing experimental treatment with no prospects of success would offer no benefit, and continue to cause him significant harm”.