Hundreds of mourners carried roses to say goodbye to Saffie Roussos, the youngest victim of the Manchester Arena bombing.

Her funeral was held at Manchester Cathedral today, with her mother Lisa following the hearse from hospital where she is still being treated for her injuries.

One of 22 people to be killed as an Ariana Grande concert ended, eight-year-old Saffie was given her ticket as a Christmas present from her parents.

She had been so excited to see her idol perform, but it ended in tragedy when Salman Abedi detonated his explosives on May 22. 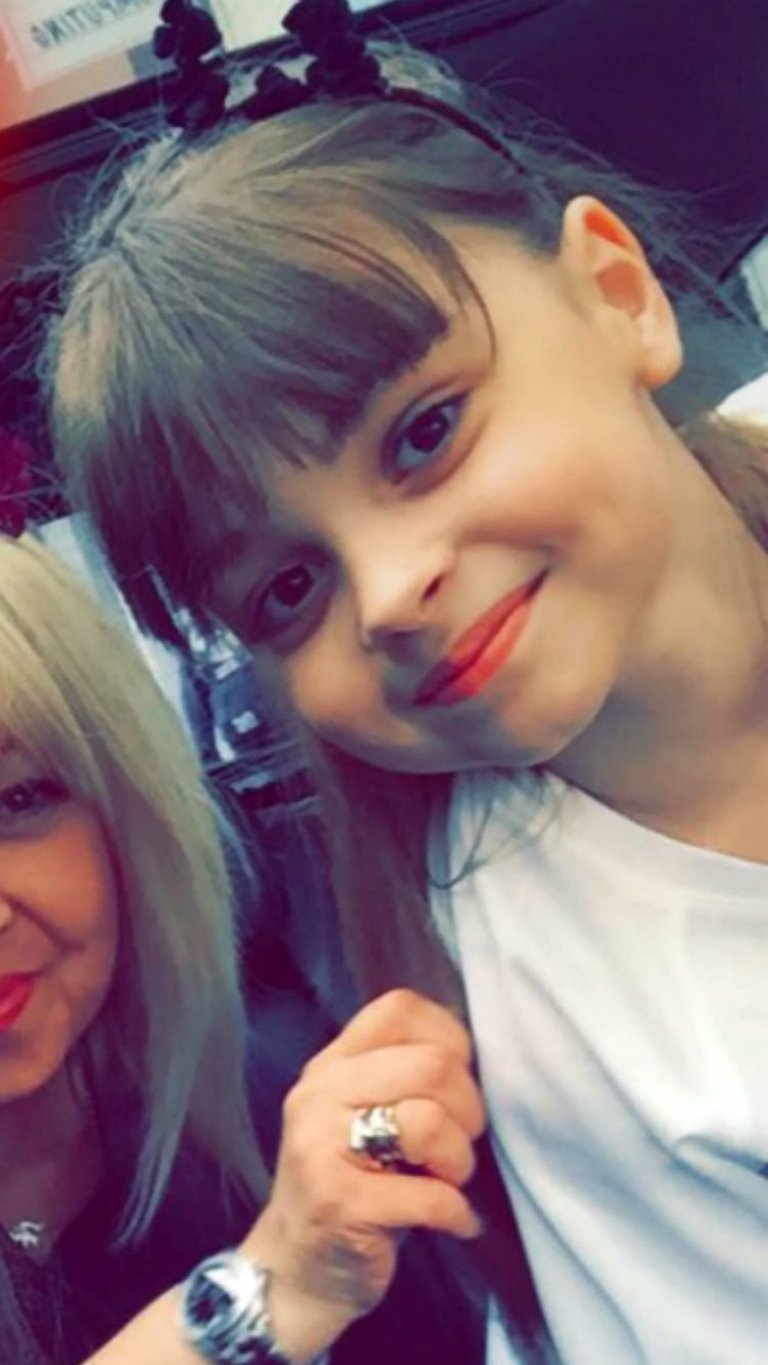 Her mum Lisa Roussos, 48, was so seriously injured that she did not know her daughter had died until she woke from a coma more than a week later.

Hundreds of mourners gathered in Manchester this afternoon to pay their respects as Saffie’s wicker casket, adorned with roses, arrived in a silver hearse.
It was followed by the funeral cortege from Wythenshawe Hospital, where Mrs Roussos is still receiving treatment for her injuries. 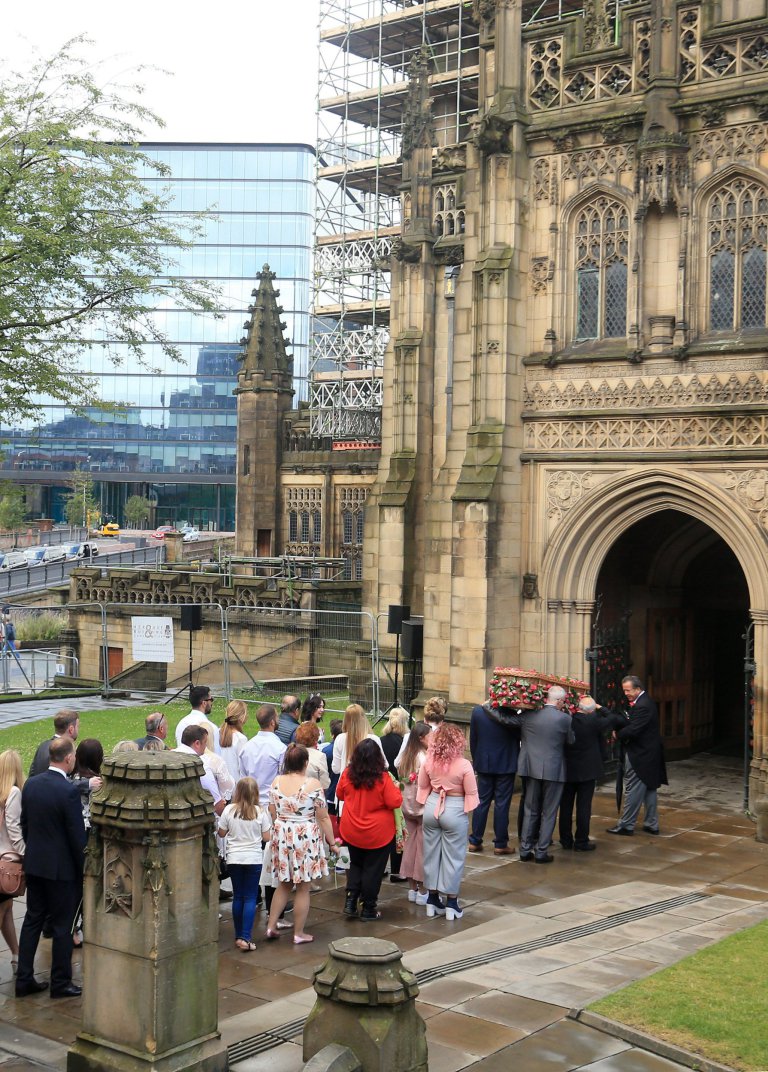 Saffie’s mother emerged from the lead car, refusing the offer of a wheelchair, instead pausing, limping, but determined to walk into the cathedral for her daughter’s service, watched by dozens of well-wishers standing outside.

Her right arm in a sling and hand bandaged up, she carried a red rose in her other hand.

Her family played a moving montage of photos from her life set to Ariana Grande’s One Last Time, asking people to share it and help Saffie realise her dream of being famous. 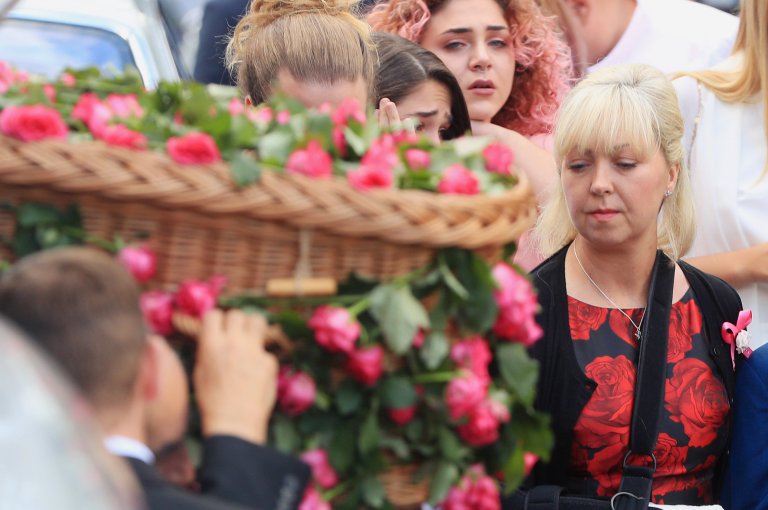 Mum Lisa Roussos looks on as the coffin of her daughter arrives at Manchester Cathedral (Picture: PA)

The YouTube video clip shows a series of family snaps, Saffie happily playing with her brother Xander, smiling alongside her parents on family holidays, wearing make-up and dressing up.

Saffie’s friends hope the video, which will be shown at her funeral, will be liked and shared using the hashtag #Saffiethesuperstar to fulfil her dream of becoming a YouTube star.

As the service went on, Saffie’s father, Andrew, 43, nodded to his son, Xander, 10, hugged by his step-sister Ashlee Bromwich, 23, and his wife, who replied with a weak smile.

Along with five others, Mr Roussos became a pall bearer for his daughter as her coffin was carried inside for the start of the service, just a few hundred yards from the scene of her death.

Hundreds of mourners were already inside, many carrying a single rose in memory of Saffie, a request from the family who invited anyone who had been touched by her to come to celebrate her short life.