A seven year old boy who suffers from Tourette’s has been banned from a children’s play group after he started shouting out swear words.

Charlie Binding, who has Tourette’s syndrome and ADHD, was ordered to leave AJ’z activity centre and his mum Danielle Hillier claims he’s since been told not to return.

Bosses at the site in Frobisher Way, Taunton, Somerse said that it is company policy to exclude anybody for using “foul language”.

She added: “I’m outraged. He’d said a few words as he does and we were rudely asked to leave even after explaining what’s wrong with him.

“I recently phoned to ask if they have any special days for children with disabilities and they said yes.

“When I asked if we could attend we were told he’s not welcome at all. 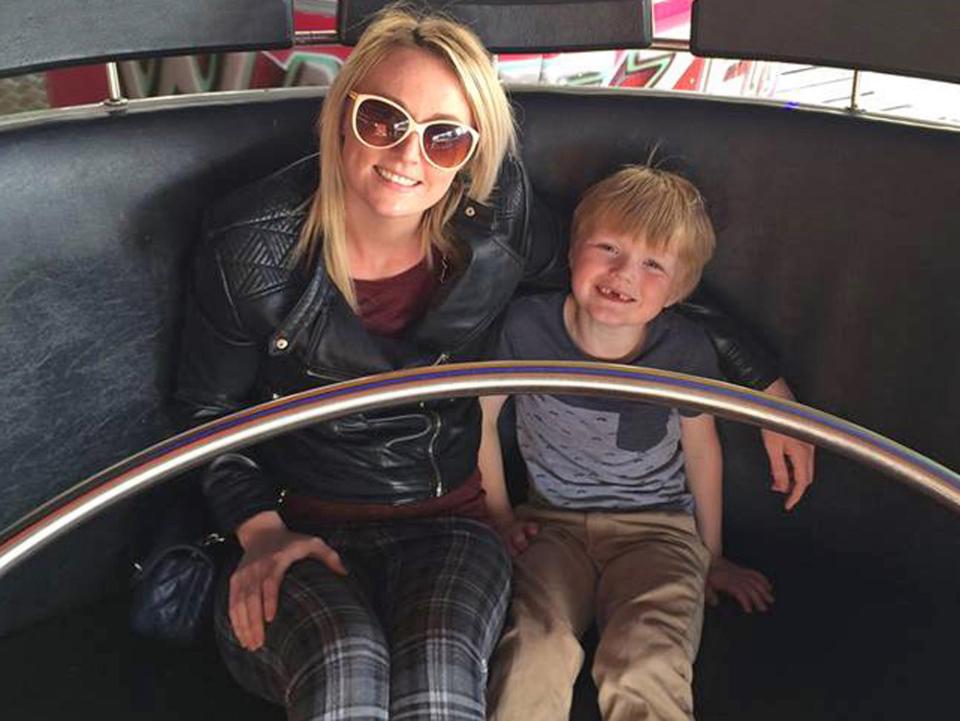 Danielle Hillier said seven-year-old Charlie Binding, who has Tourette’s syndrome and ADHD, was ordered to leave AJ’z Activity Centre in Taunton, Somerset, and has been told not to return. IMAGE: APEX NEWS

“He always asks if he can go back because he really enjoyed going there to let off steam.

“He’s a very kind and loving little boy and integrates well with other children but he does scream out words.

“It’s really unfair how he’s been treated because AJ’z was Charlie’s safe place and he’s heartbroken.

“People are generally understanding when I explain and he comes to my fitness class with me and joins in no problem.”

AJ’z director Kath Haywood said there is a notice on the premises advising that the company has the right to refuse entry to anyone.

She said: “It’s our policy to ask any children or adults to leave the premises should there be any biting, fighting, foul language or sickness for the comfort and safety of our customers.

“We’re unaware of this incident that allegedly took place several months ago.

“We provide a facility to the CAOT group – (for autistic children) – once a month.”