Ian Brady, the serial killer who died of heart failure on Monday night has made a request in his will that his ashes are to be scattered on Saddleworth Moor where he buried his victims.

But the coroner for Sefton has said that it would not be morally right for Brady’s ashes to be scattered on Saddleworth Moor, and told the inquest into the murderers death which was held at Southport town hall, that he wants certain assurances that this won’t happen before he releases the body. 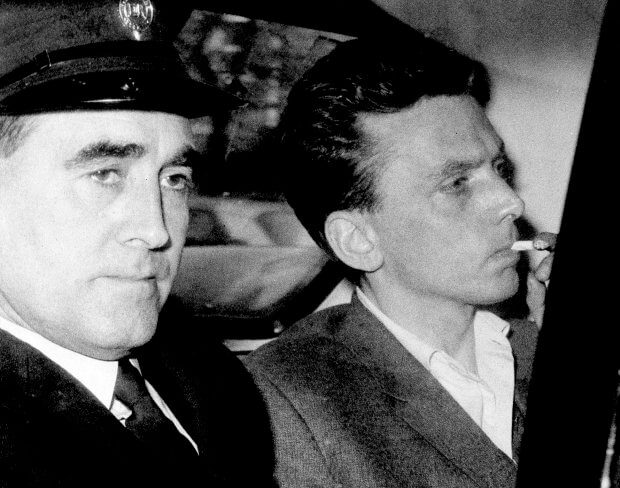 FILE – In this file photo dated Oct. 1965, Ian Brady, right, is escorted as he arrives at the courthouse in Hyde, Cheshire, England,

“I would like an assurance before I do so that first of all the person who asked to take over responsibility for that funeral has a funeral director willing to deal with the funeral and that he has a crematorium willing and able to cremate Mr Stewart-Brady’s body.”

He added: “I also wanted to have assurance that when Mr Stewart-Brady is cremated his ashes will not be scattered on Saddleworth Moor. I think that’s a right and proper moral judgement to make.

“I think it would be offensive if Mr Stewart-Brady’s ashes were scattered on Saddleworth Moor.” 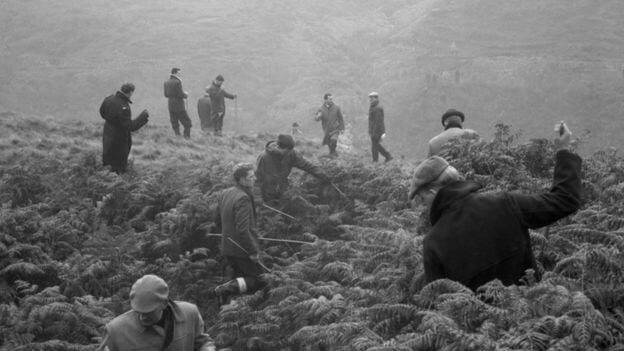 Terry West the brother of Lesley Ann Downey who was one of the victims of the Moors murders has described Brady’s last wish as a sick and final twist to cause victims families the greatest upset from beyond the grave.

As the news of Brady’s death was relayed back to Mr West via a telephone call on Monday night, he opened a bottle of wine to mark the event saying “We have been waiting for him to die for 50 years,”