Following the terror attack at Manchester Arena, which left 59 injured and 22 dead, parents, relatives and friends are still desperately trying to trace their loved ones who are missing after the explosion, with their images being shared all over Facebook and Twitter.

The Ariana Grande concert held at at the arena attracted thousands of teenagers on Monday night, and it has now been confirmed by police that 12 of the 22 victims were children. 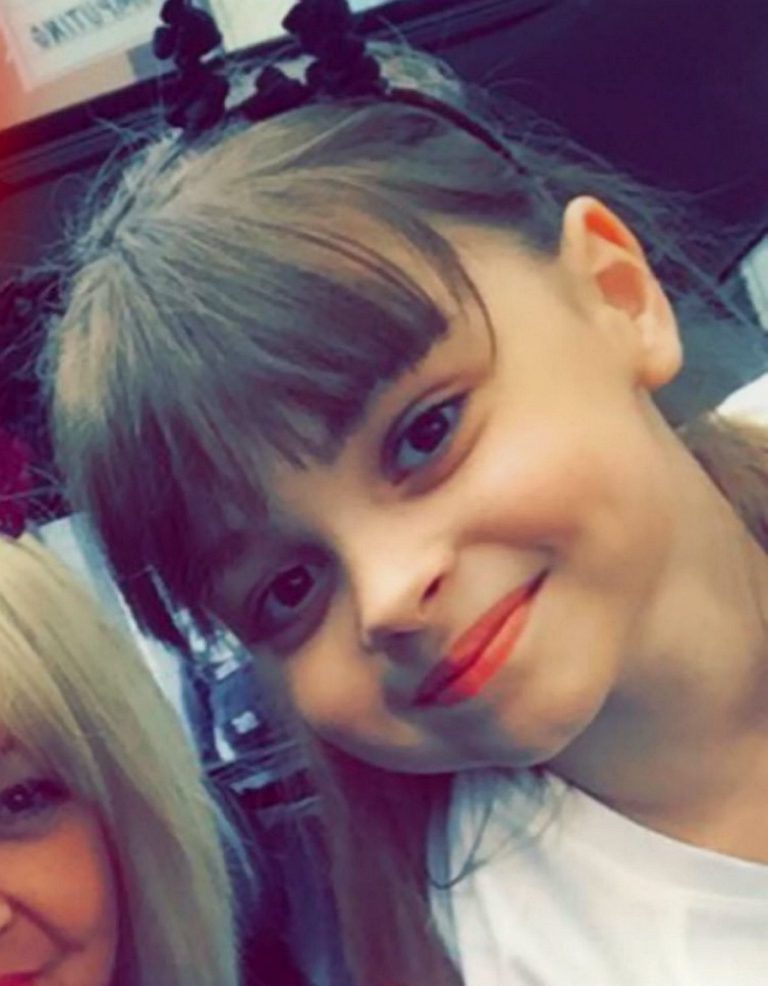 Saffie Rose, 8, is believed to be one of the youngest victims of the bomb attack so far (Picture: SWNS)

Eight-year-old Saffy Rose from Leyland, is believed to be one of the youngest victims of the bomb attack. Saffy was at the concert with her mother and sister who were both taken to separate hospitals with injuries. 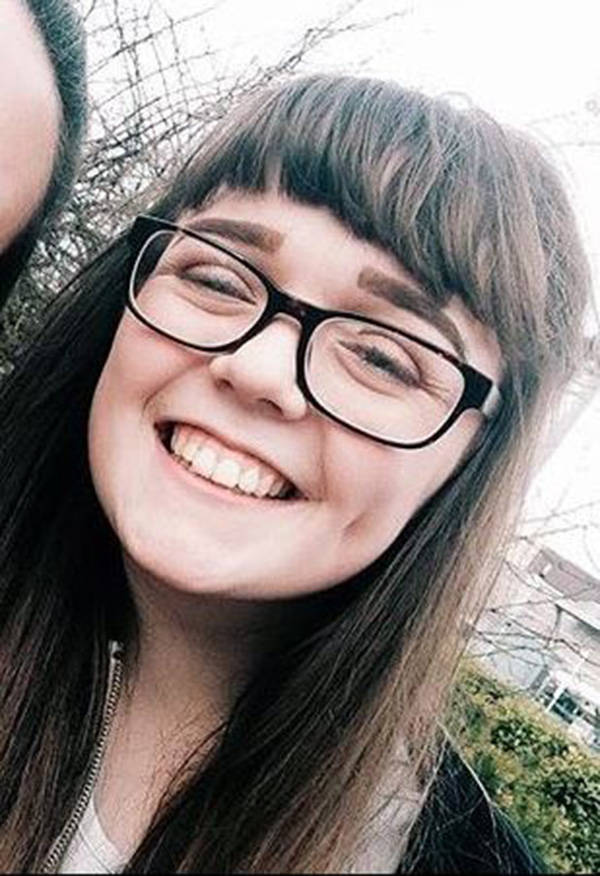 Georgina Callander, 18, was the first victim to be named following the explosion (Picture: Metro Grab)

18-year-old Georgina Callander was the first victim to be named following the attack. On Sunday the teenager had tweeted about how excited she was to see Ariana Grande. Georgina was described by a friend as a beautiful girl with the kindest heart and soul. 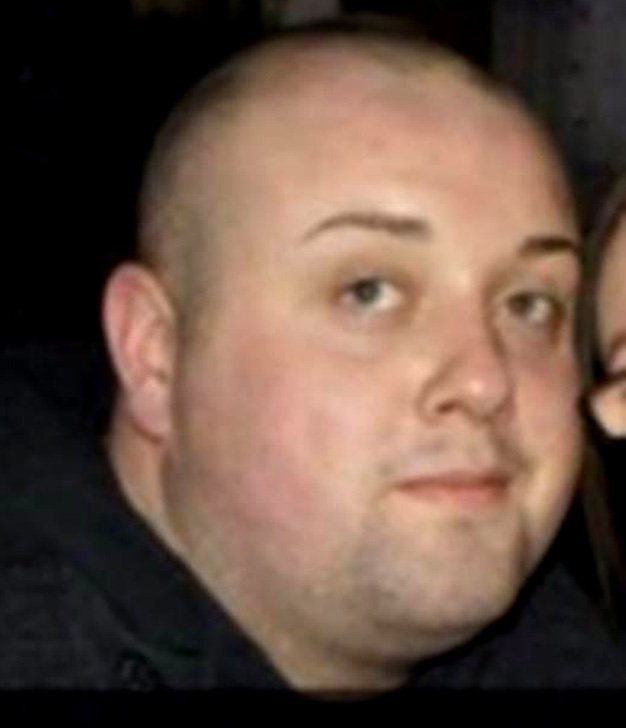 26-year-old John Atkinson from Radcliffe, was the third victim of the Manchester Arena attack. Since his death was confirmed, tributes have been pouring in on social media sites, with friends and family describing him as an amazing young man. 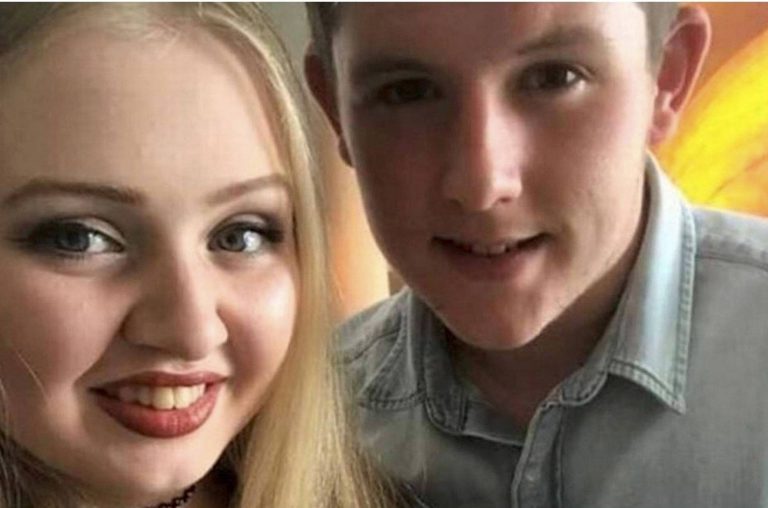 Chloe Rutherford and her partner Liam Currie are still missing after the attack. Amy Ridley, who is Chloe’s best friend told ITV News Tyne Tees: ‘I want to hear my best friend’s voice again and make sure her and her boyfriend are okay. I love them both and wouldn’t know what to do without them.’ 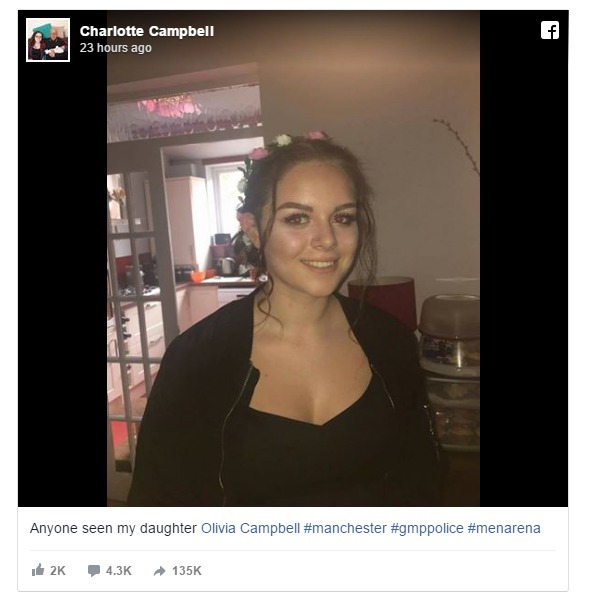 15-year-old Olivia Campbell has not spoken to her mom Charlotte since the attack happened. Ms Campbell from Manchester, told BBC Radio 4’s Today programme: ‘I last had contact with her at half past eight last night.

She was at the concert, she’d just seen the support act and said she was having an amazing time and thanking me for letting her go.

‘She was with her friend Adam, Adam was found about half an hour ago, he’s in hospital but Olivia has not been found yet.’

Ms Campbell said she had been at home ‘phoning everybody, hospitals, police, all these centres that the children have been put in. 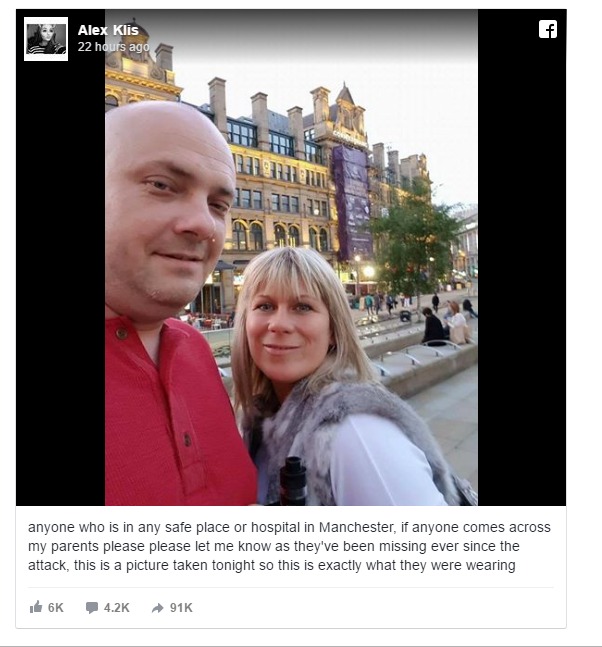 Martyn Hett, 29, was at the Manchester Arena last night and has not checked in since. (Picture: Facebook)

Martyn who was a previous winner of TV’s ‘Come Dine With Me’ and also featured on the popular show ‘Tattoo Fixers’, worked as a PR manager. His friend Stuart Aspinall wrote on Facebook:

‘He was on his own at the time of the attack and we are not sure where he about in the arena he was so if anyone saw him between 10:20pm and 10:40pm please let me know. He was wearing (a) very loud shirt with black shorts & a very large Deirdre Barlow tattoo on his calf.’

‘He left Block 103 at the concert during the final song ‘Dangerous Woman’ at about 10:20pm & made his way to the door – if you saw him around this time please get in touch.’ 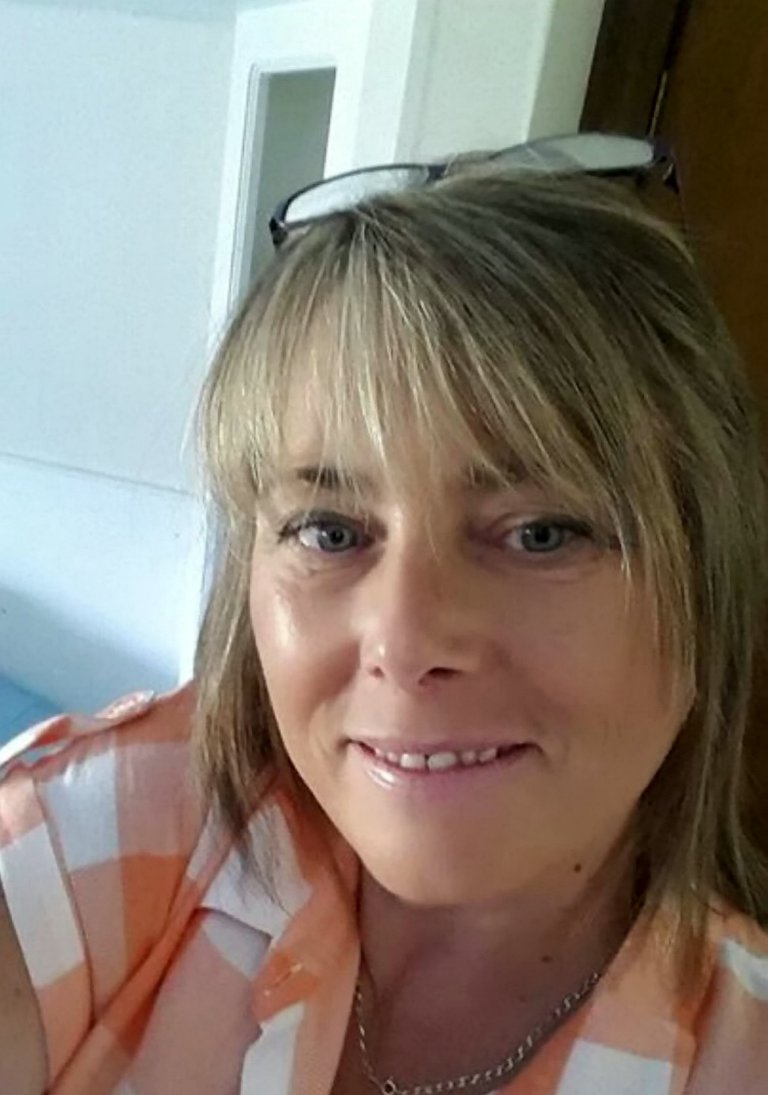 Wendy Fawell has been not been seen since the Manchester Arena terrorist attack. (Picture: Ross Parry)

Wendy Fawell who is believed to be from Otley in West Yorkshire, was last seen shortly before the explosion in the foyer area of the arena. A number of people who know Wendy have taken to Facebook and Twitter in an attempt to try and find the missing mother.

Leeds Underdogs ARL rugby club tweeted: ‘Friends of ours are looking for a Wendy Fawell-New, if anyone know if she is safe, please get back to us.’

Debbie Mcdowell posted a photograph of Ms Fawell on Facebook with the message: ‘Please share this picture of my best friend Wendy Fawell who is missing after the bombing in Manchester. Praying for safe return my lovely. Love you loads xx.’ 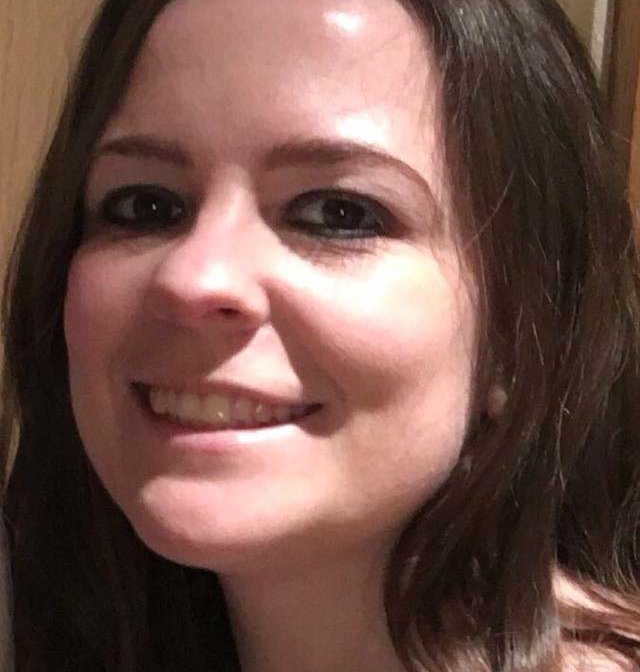 Kelly Brewster went to the concert with her sister Claire and neice Hollie (Picture: Facebook)

Kelly Brewster from Sheffield is still missing following the explosion. Appeals for her whereabouts were made by friends on Facebook.

Chantelle Garrity posted on Facebook: ‘Pls pls pls help find my friend Kelly Brewster. She is missing following the explosion at Manchester Arena last night! If any one has seen her please let me know! Her family and friends are worried.’

Kelly went to the concert with her sister and niece, who are both being treated in hospital for injuries sustained during the attack. 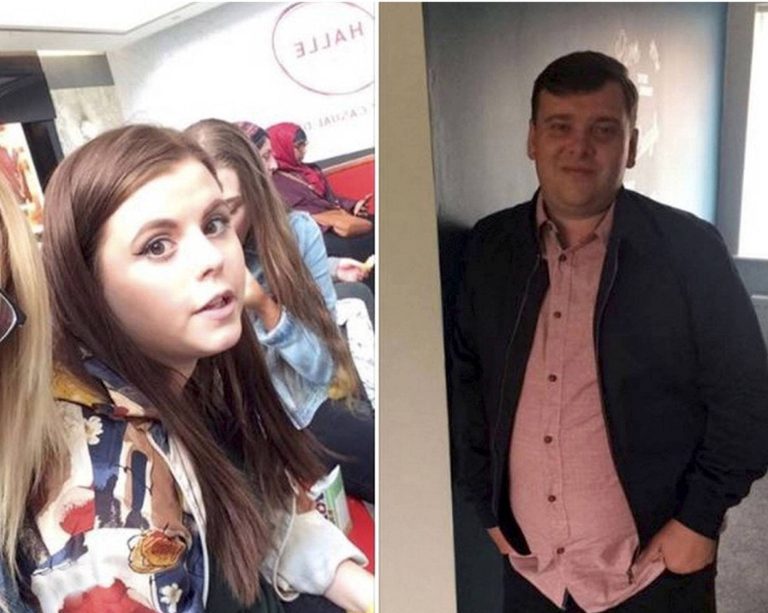 Philip Tron and his step daughter Courtney Boyle were at the Manchester concert and still remain unaccounted for. 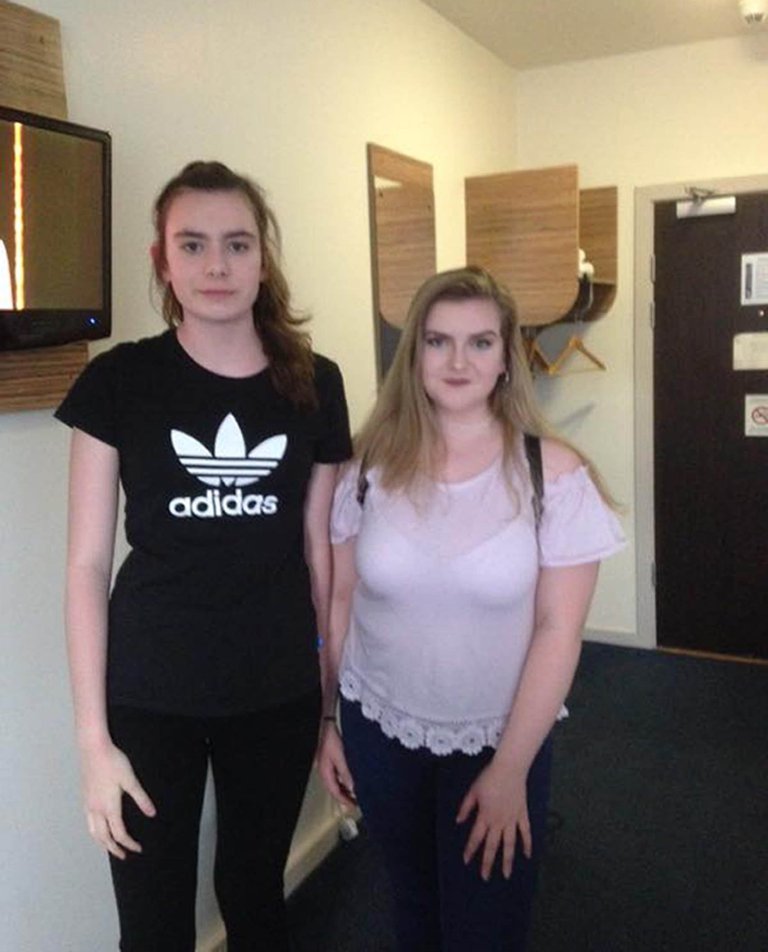 Laura MacIntyre and Eilidh MacLeod, from Barra in the Western Isles, are still missing (Picture: Universal News And Sport)

Eilidh’s aunt Margaret MacNeil wrote on Facebook: ‘Please please please share! ‘My niece and her friend were at the Ariana Grande concert tonight and there has been no contact since the explosion. Please let us find the girls safe and well. They are Eilidh MacLeod and Laura MacIntyre.’ 14-year-old Nell Jones has not been in touch with anyone the concert in Manchester. Friends and family have appealed for help in finding her. Nell, from Goostrey had recently sustained a ligament injury and was using crutches to get about.

Her cousin Hollie Webb posted a picture of Nell and wrote: ‘This is our cousin Nell Jones aged 14 missing in Manchester after the concert last night, please could everybody share for our family, if anyone knows of anywhere we can try as we are heading to Manchester now x.’

Dennis Oliver, the headteacher of Nell’s school, Holmes Chapel Comprehensive and Sixth Form, said one of their students is ‘badly injured’ and a second is unaccounted for. 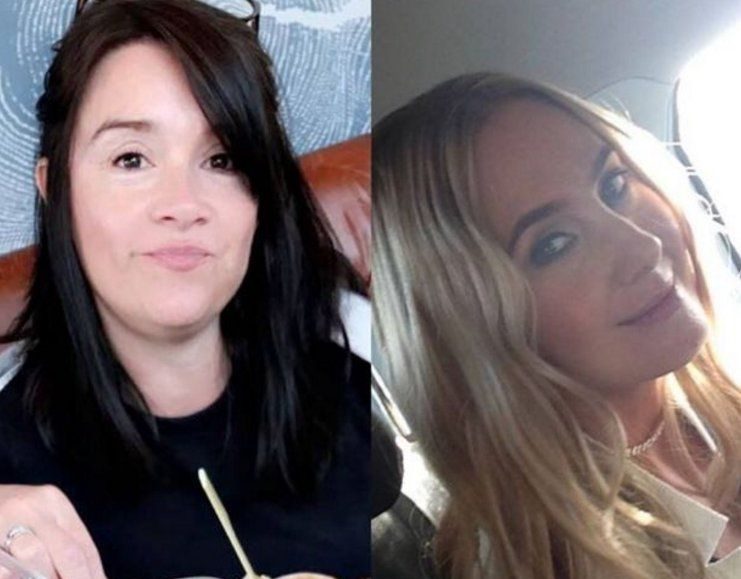 Alison Howe and Lisa Lees are both missing (Picture: MEN)

44-year-old Alison Howe and her 43-year-old friend Lisa Lees are still missing and have not been seen since the Ariana Grande concert. The friends from Royton were at Manchester Arena to pick up their children at the end of the night.

Alison’s daughter Sasha made an appeal on Facebook for any information on their whereabouts,