ONE person has died and another is fighting for his life after a car ploughed into the basement of £1 million block of flats in a horror smash in central London.

The vehicle crashed through railings and rammed into the side of the house in plush Kensington after failing to stop for police.

Emergency services were scrambled as the car became wedged between the side of the building and steps leading to a basement during the horror in the early hours of the morning.

Two men were able to free themselves while another two had to be rescued from the wreckage by the London Fire Brigade.

Three men – believed to be aged in their 20s – were taken to hospital but one died at the scene. 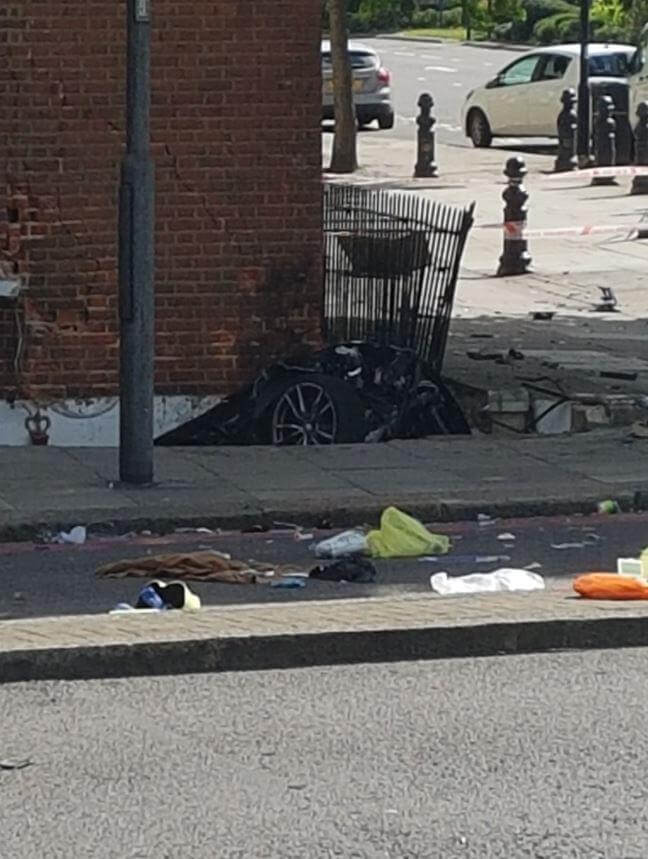 A second man is currently fighting for his life while the other two have been arrested in connection with the incident.
Locals have reportedly been evacuated from their homes as police clear up debris scattered across the road.

Shocking pictures posted on Twitter show the car sticking out of the side of the house.

Bianca Simpson told the Mail: “The guy in the back died after being stuck two and a half hours – we were just listening to him screaming.

“First of all he was like ‘get me out get me out’ and crying loud in pain, then he was screaming, then there was just deep moaning. 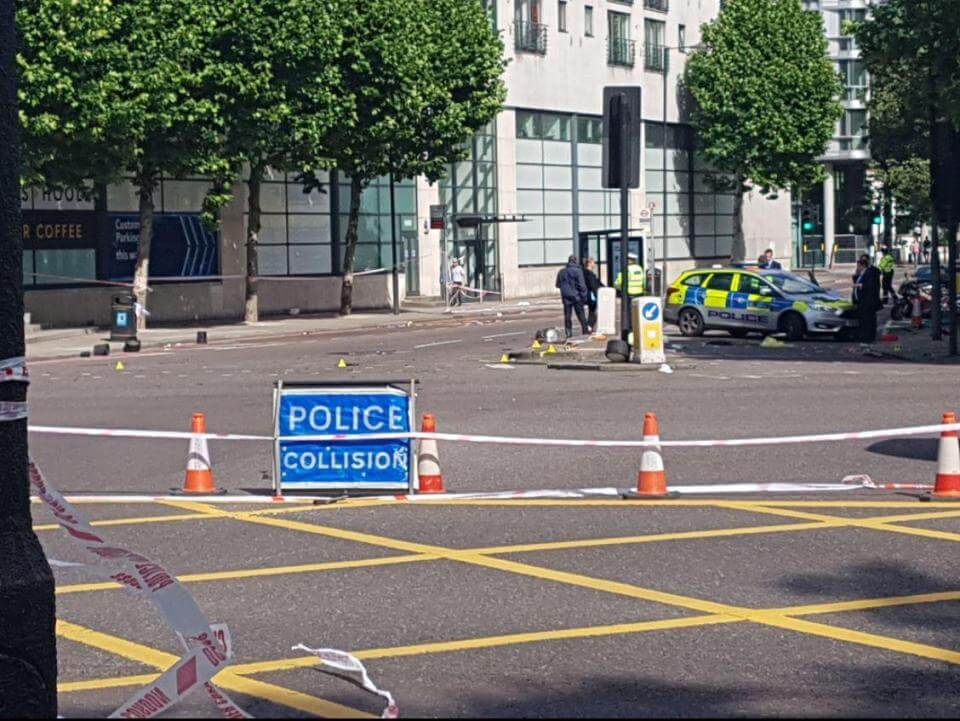 “The moaning was getting less and less as he was getting weaker and weaker. When he came out he was still conscious and talking but he died a few minutes later.

“There’s a hole in the wall. The car’s come around the corner speeding, hit a lamppost and it must have spun come into the basement back-end first.

“It hit the ground level window and wall first before it’s come down into my basement and taken railings from two sides of the house.”

She added that her basement is currently a scene of “total devastation”.

One witness tweeted: “Must of just witnessed the worst crash I’ve ever seen on Cromwell Road and Warwick Road”. 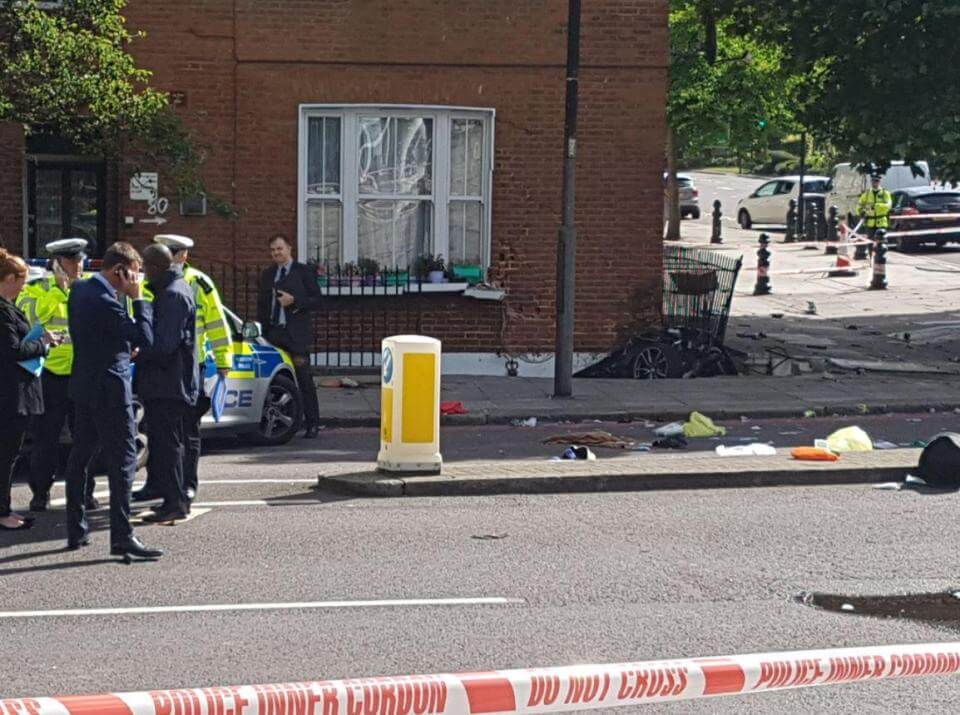 The car had failed to stop for police

A stunned resident said she heard a “massive crash” at around 2am outside her flat.

A Scotland Yard spokesman said: “At this early stage it is understood that the car was seen by officers being driven at speed on Talgarth Road shortly before the collision.

“The police car followed the vehicle and signalled for it to stop, but it sped away out of sight of the officers. When next seen by the officers, it had been involved in the collision in West Cromwell Road.

The Directorate of Professional Standards and the Independent Police Complaints Commission have been informed.