It is one of the most iconic movie scenes of the last few decades. But for Andy, 51, and Sharon Price, 52, their attempt to recreate Patrick Swayze’s lift from Dirty Dancing almost ended in tragedy when they knocked themselves out and were rushed to A&E.

Pictures show the pair practising the famous moment at the Cabot Court Hotel in Weston Super Mare on Saturday so that they could recreate it at their wedding next year.

But instead of Sharon ending gracefully in the air above Andy’s head, the pair were left prone on the floor with Sharon winding herself and Andy knocked out. 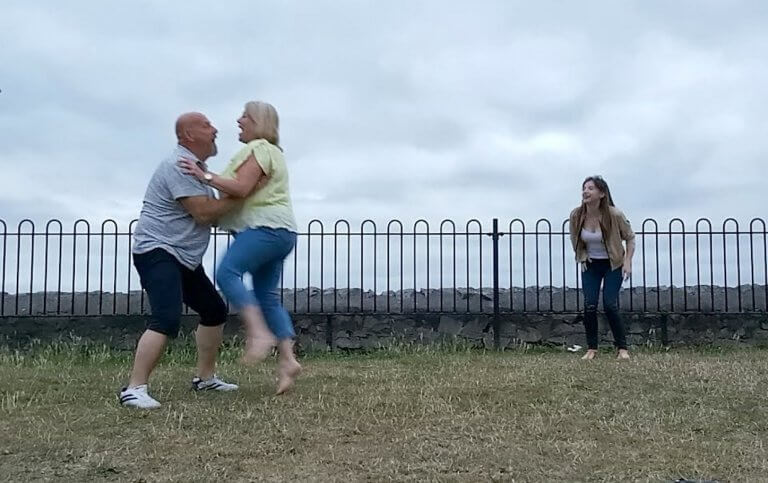 both ended up in A&E(Picture: SWNS)

A spokesman for the South Western Ambulance Service confirmed to metro.co.uk that a man and woman were taken to Southmead Hospital in Bristol suffering from head and back injuries.

The pair have watched the 80s movie more than 30 times together and want to replicate it on their wedding day.

After first their family thought they were joking but eventually ended up calling 999.

‘It’s fair to say it didn’t go to plan,’ she said. ‘When I ran at Andy he tried to lift me, but we just collided.

‘At first, our family thought we were just messing about but they soon realised we had actually really hurt ourselves.’

She added: ‘The paramedics were pretty worried about Andy and cut his t-shirt off and blue-lighted him up to Southmead Hospital. 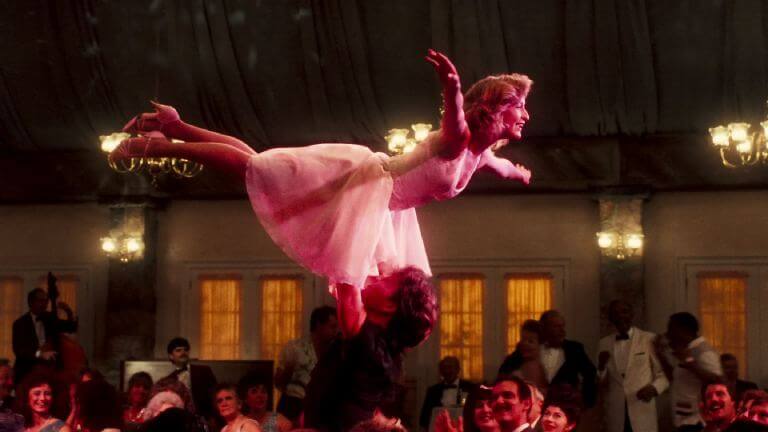 This is what it should have looked like (Picture: Vestron/Kobal/REX/Shuttershock)

The couple, who are both grandparents, are going to tie the knot next year.

Sharon added: ‘All I could hear was the paramedics saying he was going in and out of consciousness. Our feet were sill entwined and they had to separate us.

‘We were both badly bruised but we’re alright now. I think we’re going to go for a slow one for our first dance.’