A man has admitted killing an 81-year-old widow in her remote countryside home before setting her body alight.

Tautrydas Narbutas denied murdering Albertina Choules who was struck around the head, but the prosecution accepted a guilty plea to manslaughter.

An earlier hearing heard how armed officers were need to “subdue” Narbutas and arrest him.

The charred body of Mrs Choules was then discovered in her garden on July 6 last year.

Psychiatrists agreed Narbutas was suffering from a “psychotic disorder” at the time of the gruesome killing. 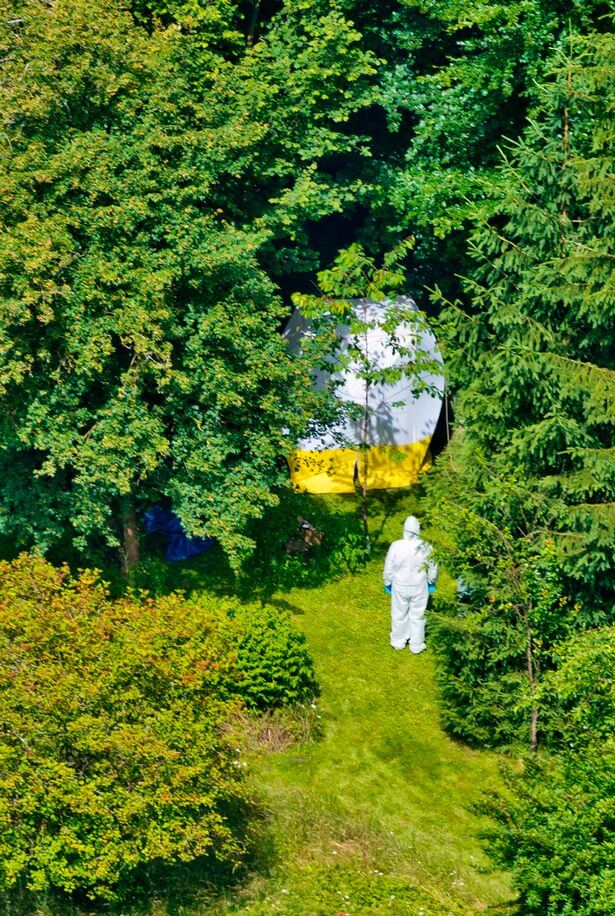 Police said Mrs Choules dialled 999 to report an intruder but her call was cut off (Image: INS News Agency Ltd)

Prosecutor Alan Blake said the Crown had agreed to accept the guilty to plea to manslaughter after meeting with Mrs Choules’ family.

The pensioner lived in her remote home in Marlow, Bucks.. without electricity and would take care of the surrounding wildlife.

Villagers were free to visit her estate as part of a Buddhist trail she created with her husband Michael, a fellow Buddhist convert, who died in 2004 after battling cancer.

A statement from her family after her death said: “Tina was incredibly special, as was her simple, self-sufficient way of life with no electricity, television or washing machine.

“She never liked to sit still and worked tirelessly to maintain her beautiful garden and produce all year round.

“Even in her old age she would chop trees, dig up flowerbeds and wrestle with her lovely dog, Georgie.

“She was completely selfless in giving away her fantastic fruit and vegetables to friends and family as well as sharing her wonderful Buddhist Stupas (that she built with her own hands) with those that chose to walk in the woodland.

“Her friends and family in both the UK and Italy will miss her very dearly.”

At the opening of Mrs Choules’ inquest in July last year, a coroner heard the emergency service call handler could hear the chilling voice of a man in the background when the tragic 81-year-old phoned for help, but the line was suddenly disconnected.

When police arrived Narbutas was stood near a fire which was found to contain the remains of Mrs Choules.

Narbutas will be sentenced on October 3.