The seven-year-old British boy missing since Thursday has been confirmed as one of the 15 people killed in the devastating terror attack in Barcelona.

Julian Cadman, 7, became separated from his mother Jumarie when a van was driven into pedestrians on Las Ramblas killing 14 and injuring more than 130 others on Thursday evening.

Since then, British officials had described him as ‘missing’ but Spanish police yesterday tweeted that they were not searching for any lost children following the attack and that all victims had been located.

The full tweet read: ‘Neither were we searching nor have we found any lost child in the Barcelona attack. All the victims and injured have been located.’

He was taken straight to the justice centre of the city which includes a mortuary where the bodies of the victims are being stored for forensic examination. 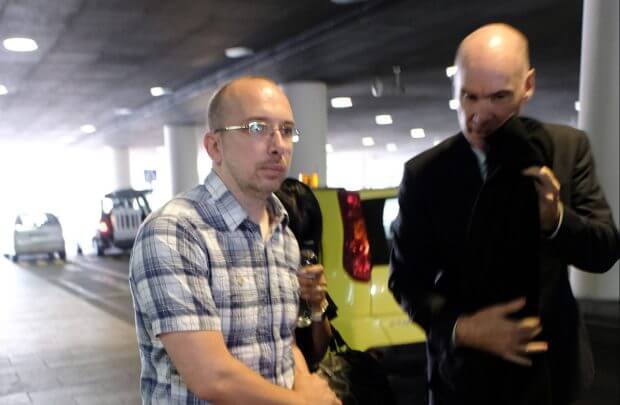 Father Andrew Cadman arrived in Barcelona from Australia last night and went straight to the mortuary to formally identify his body.

He remained there for around an hour before being driven to Vell d’Hebron Hospital to visit his injured wife.

Julian’s mother, who is known as Jom, broke both her legs in the attack and had been in the city with Julian for her niece’s wedding.

The seven-year-old was born in Tunbridge, Kent, and went to the prestigious Chiddingstone Nursery before the family moved to Australia three years ago.

Two Italian men, an American man, a Belgian woman, three Spaniards and a Canadian were also killed in the terror attack on Thursday.